We did everything to save our baby’s eye 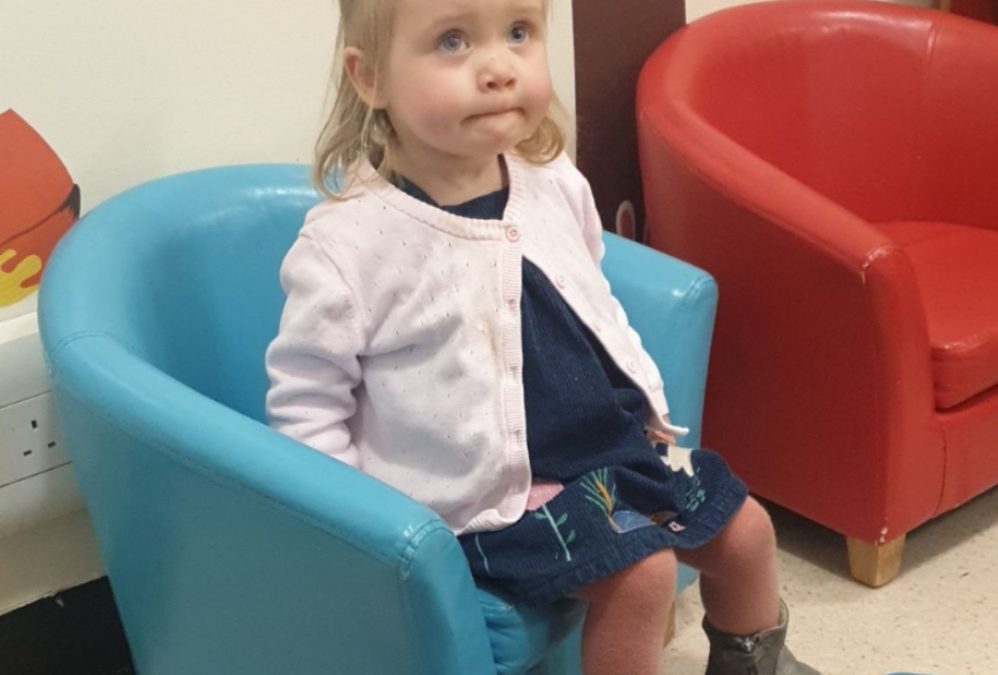 A mum is urging other parents to look out for the tell-tale signs of eye cancer after her daughter was told she will lose her eye to retinoblastoma, a rare cancer that typically affects children under the age of six. Mum Kara Wedderburn, from Northumberland, noticed that her then one-year-old daughter, Evie, appeared to have an unusual white glow in her eye – a common sign of eye cancer which is usually only seen in certain light. In a photo where she had red eye in one eye, her other eye lacked the red eye – which can also be a sign of retinoblastoma.

Mum Kara said, “I first noticed from a side view in the sunlight that Evie had a white covering on her right eye, at that moment I didn’t think much of it because the dog had recently scratched in between her eyes so I presumed the dog had caught her eye too. The white glow persisted, and I kept noticing it more so than before, I made Evie’s dad aware, and he then noticed it from a certain angle too.” 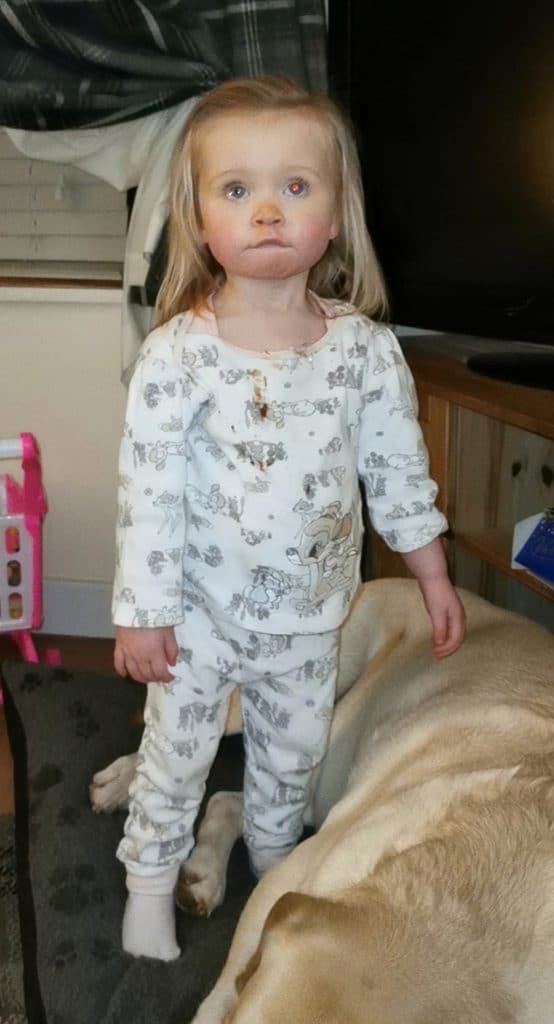 Evie Wedderburn had the absence of red eye in her photo

The couple decided to take Evie to their local GP – where she was immediately referred to the Royal Victoria Infirmary in Newcastle for further tests. Kara explained, “The first words we heard were, ‘unfortunately it’s not good news – have you heard of retinoblastoma?’. The specialist then explained it was a cancerous tumour – a big one at that – and that Evie may lose her eye, and that she probably had no vision in her right eye at this point. My heart just sank and tears instantly rolled down my cheeks.

“I was around 20 weeks pregnant with my second child, my emotions were all over the place and my world had been ripped apart, life didn’t feel like it could get much worse at that point.”

Kara said, “We had absolutely no idea about retinoblastoma and had never heard of it before Evie’s diagnosis. We googled ‘white coatings on my child’s eye’ and it did come up, but we never ever imagined it was something as serious as that”.

The family travelled for four hours to Birmingham Children’s Hospital, fearing the worst.

Kara explained: “Everything was scary and new, Evie just took it all in her stride, every step she was amazing. We spoke to the consultant who confirmed the diagnosis of retinoblastoma and gave us two options; we could remove the eye, or we could have treatment to try to save the eye. We were told Evie still had a little vision which was enough for us to go ahead and try and save our baby’s eye.”

After retinoblastoma was confirmed, Evie began her chemotherapy, however, in March 2021 the family were given the devastating news that Evie had developed a new growth beside her optic nerve. They had to act fast to contain the cancer and prevent it from spreading outside of the eye.

“We felt Evie never got a break and we always asked the consultants if we were doing the right thing by continuing treatment. They agreed we were – Evie still had sight and, from the outside, her eye looked amazing, but the main thing was Evie coped better than any one so we continued the fight.” 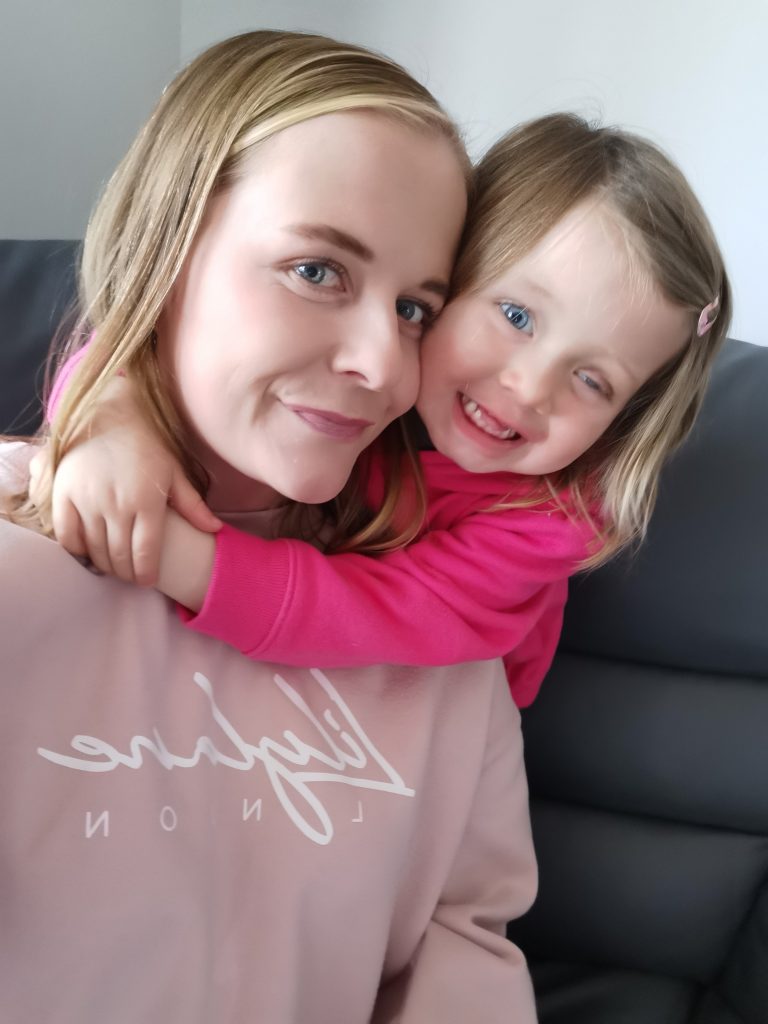 Although after more treatment, Evie was tumour-free – the family were dealt a further blow when a new, aggressive tumour was spotted in her eye. In order to reduce the chance of the cancer spreading outside of the eye, the family were given the devastating news that the best step forward was to remove Evie’s eye. Kara said, “I felt absolutely distraught, not only has Evie got retinoblastoma, but she’s going to lose an eye because of it too. I just couldn’t stop the tears coming and I instantly thought ‘how could the world be so cruel’?”.

Evie had her eye removed in September 2021, and was given her first prosthetic eye. Kara said, “Our aim was to get our happy, healthy Evie back. We didn’t expect to be going down this road after our last visit, but that’s retinoblastoma for you – it’s so cruel.”

“Evie is doing so well after her operation, in fact she is like a different child, so so happy and in no pain what so ever, which is the main thing. Evie has adjusted amazingly well to her new life with a prosthetic eye and is even making jokes saying she’s cleaned it and put it back in! She is such a star and nothing fazes her. We are immensely proud of our girl.”
“It was so hard for us to watch as we couldn’t do anything but give her pain relief and it wasn’t helping. Now she sleeps through the night and wakes up happy – it’s amazing.”

Kara said, “Evie was one at diagnosis, so just a baby, in a way we were grateful as she was oblivious to it all, it just became Evie’s life and she got excited going to appointments on the train, to play with their toys and to see the play nurses. “

“As Evie is three now and doesn’t miss a trick, she understands what’s going on the best way we thought she could. She’s such a special girl and deals with this journey so well. She is a truly extraordinary, amazing and inspiring girl and we are so, so proud of her.”

Kara said, “I wanted to say a special thank you to Birmingham Children’s Hospital. Joe Abbott has been an amazing and reassuring consultant for us, we can’t thank him enough for everything! Maria and Emma are amazing with Evie and we couldn’t have gotten through appointments without them. And the support from Sarah from the CHECT team is amazing.” 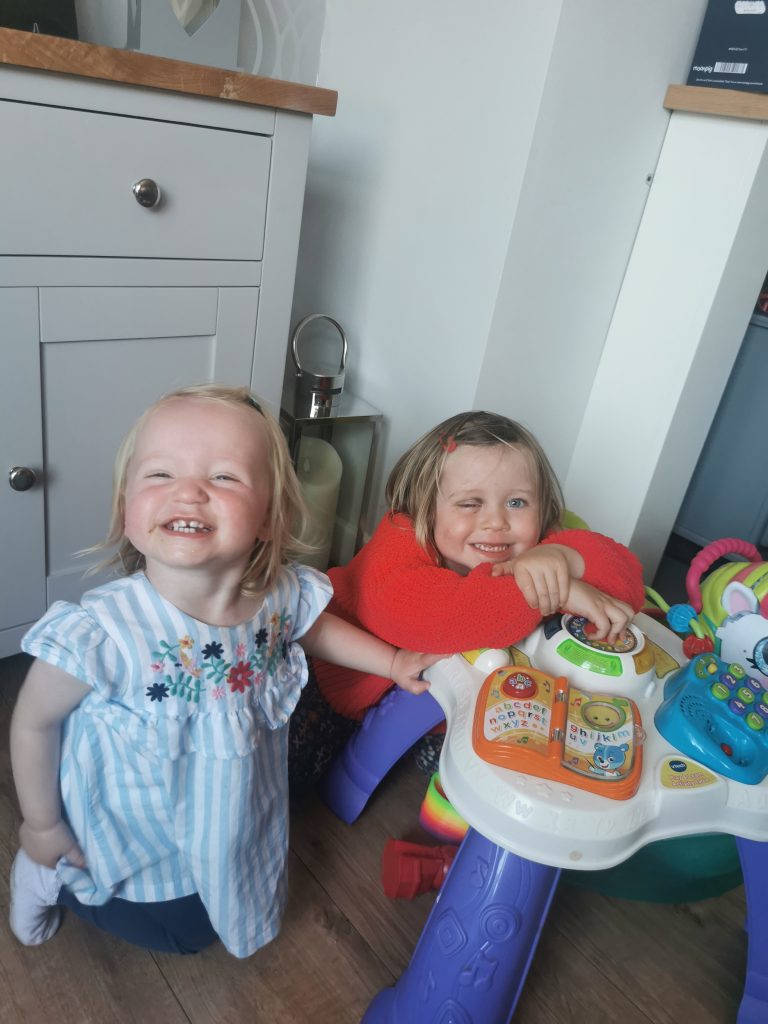 Evie with her sister Olivia

“Thank you also to all our family and friends for their continuous support, and especially to my mum Debbie. I couldn’t have got through it without her endless love and support.”

In a message to other parents, Kara said: “Go straight to your GP or local hospital if you suspect anything, the quicker the better, as early diagnosis can mean such a quicker journey and a lot less invasive treatment for your child. You have to act fast with retinoblastoma, we went from having no understanding of retinoblastoma to learning many things along the way.” 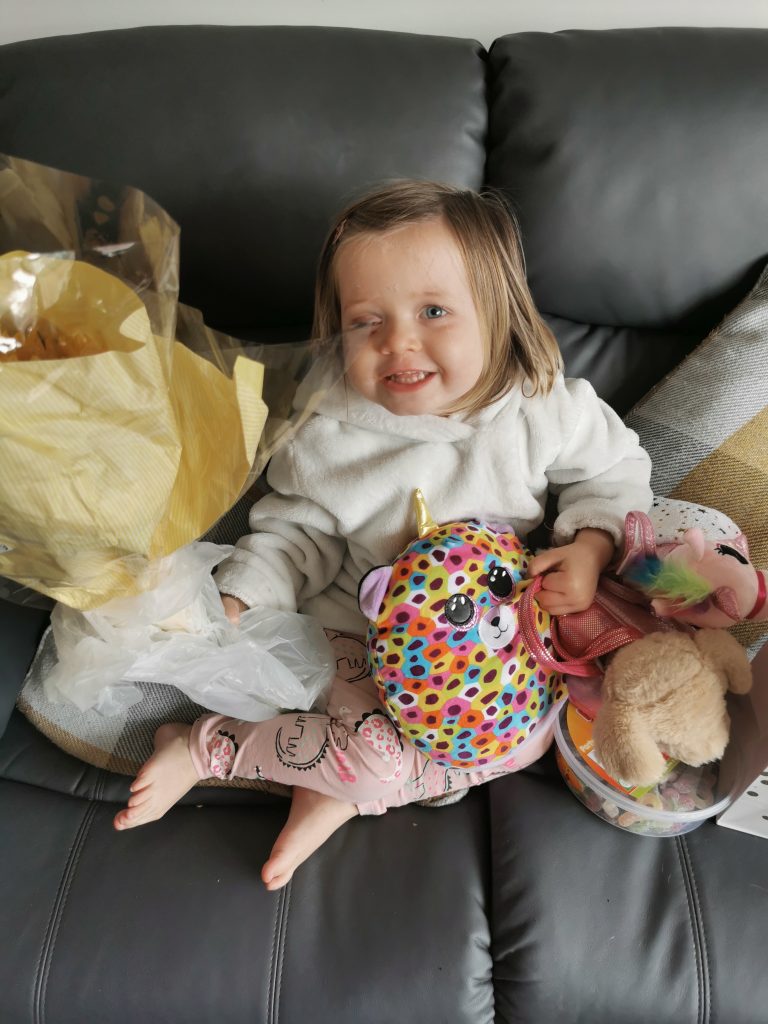 Evie after her operation

This month, for Childhood Cancer Awareness Month, the Childhood Eye Cancer Trust (CHECT) are urging parents and healthcare professionals to be aware of the most common possible symptoms of eye cancer – a white glow in the eye in flash photo or other certain lighting conditions and a squint.

Patrick Tonks, Chief Executive of the Childhood Eye Cancer Trust said: “Retinoblastoma is rare, with around one baby or young child being diagnosed in the UK each week. Symptoms can be quite subtle, and children often seem well in themselves which can make it hard to diagnose. Sadly, in just under half of all cases, a child has to have an eye removed as part of their treatment. “ It is very important, as in Evie’s case, that symptoms are recognised and that a healthcare practitioner makes an urgent referral.”

For more information on the signs, symptoms and treatment of retinoblastoma, please visit our signs and symptoms page.