“I’m so grateful our GP didn’t let us miss our appointment.” 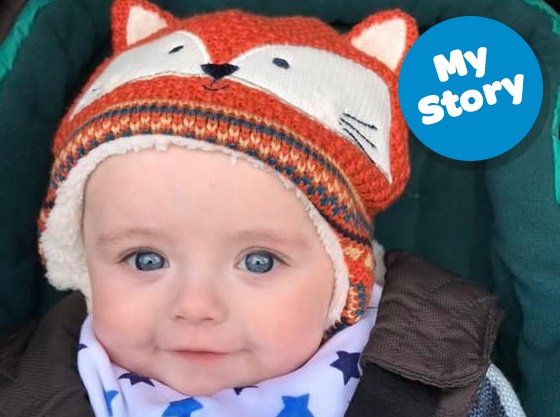 When Stacey Declerk was given a camera for Christmas, she had no idea it would lead to the discovery that her son Brody had eye cancer. She shares her story:

For Christmas 2019 I was given a new camera as a present. Three months later, I finally got round to unpacking it and took some photos of my son Brody, who was six months old at the time. He was sitting in his bouncer chair, so I snapped away, not thinking much of it. I took loads of photos, and they all looked pretty much the same – except one. It was in that one I saw the glow.

I assumed that it was just an unusual reflection. I showed the pictures to my mum and said, ‘look at this one, isn’t it strange?’ Mum went quiet and rather seriously said ‘you need to get that checked’. Apparently, she’d seen something about a glow in a child’s eye on ‘This Morning’.

I’m not one to rush down to the doctors for the slightest thing, and I honestly thought it would turn out to be nothing. Whenever you Google any ailment, normally a thousand things pop up – but all that came up this time was ‘cancer, cancer, cancer’. And I thought there’s no way he could have cancer.” Even though the GP couldn’t see anything when he examined Brody, after being shown the photo he urgently referred Brody to the hospital to see a specialist. 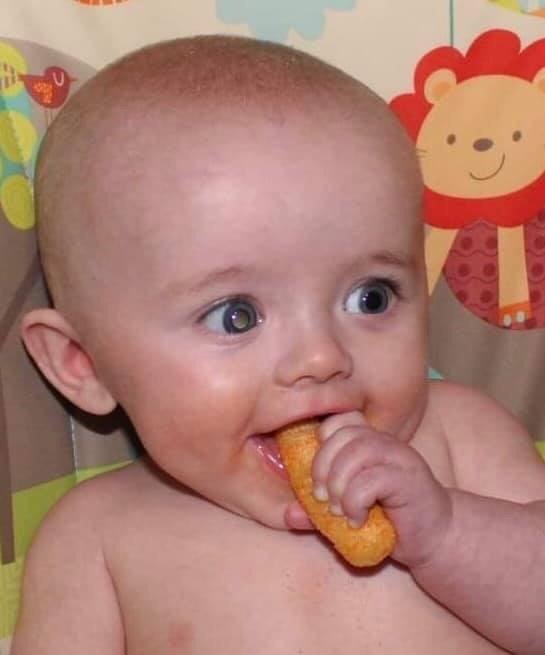 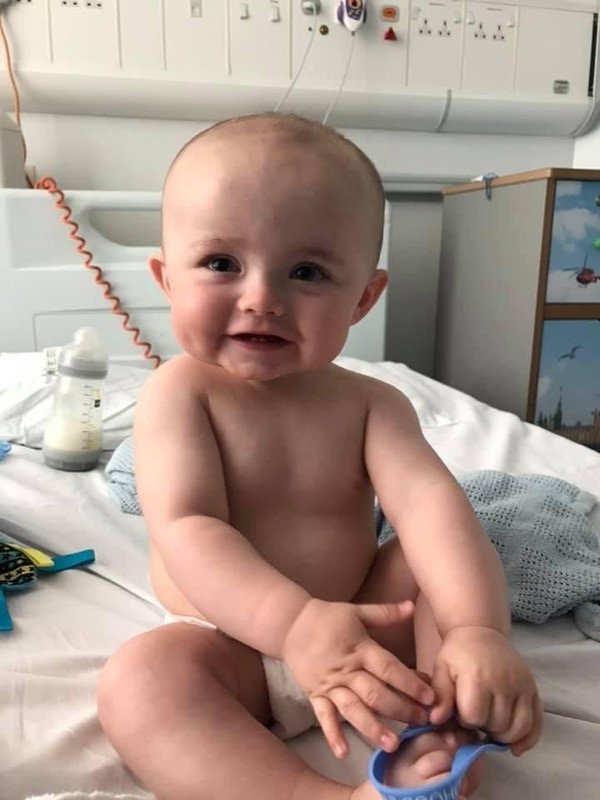 My fiancé Richard and I took Brody to the Norfolk & Norwich Hospital the next day where his eyes were examined further. I remember the doctors looking at each other and my heart sunk – you could tell by their faces that something wasn’t right. We waited for another doctor – who also made the exact same face and gravely asked me ‘Have you already Googled this? I can see something’. I said ‘yes’. At that point the realisation hit me and I burst into tears.”

Doctors immediately ran an ultrasound test whilst Richard and I waited nervously for hours to get the results. The doctor took us into a back office and looked at us for what seemed like forever. We were then told that Brody had retinoblastoma – a rare eye cancer.  At that moment the both of us broke down. We went back out into the waiting room still crying – it was devastating. “As soon as you hear the word cancer you think that’s it – death. In the space of 24 hours I’d gone from thinking it was nothing to asking myself What if he dies?” 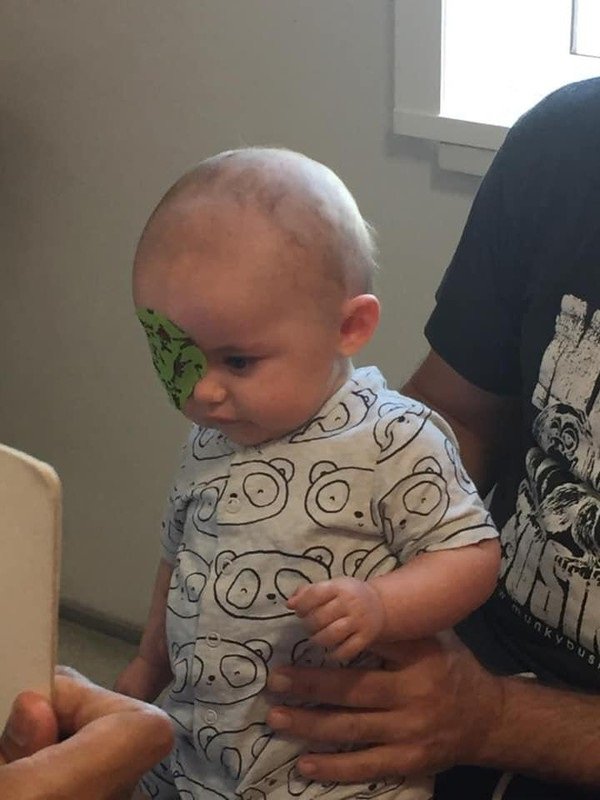 Brody was urgently referred to the Royal London Hospital. After doctors ran some more tests, it was revealed that the cancer was contained within the eye and that not only could they save Brody’s life, they might be able to save his eye too. Suddenly a weight was lifted – we felt that we were able to cope. It’s fine, he’s not going to die – well, it’s not fine but we can manage at least.”

Brody had to undergo three sessions of IAC, with four weeks in between each. Luckily he wasn’t as poorly as children having systemic chemotherapy can be. However, he did have an infection (which is rare, but was treatable with antibiotics), and he was also neutropenic (low white blood cells so more vulnerable to infection) after sessions one and two.  After just one treatment Brody’s tumour shrank to half its size. There was some seeding (small amounts of tumour spread within the eye), but this was also treated by the IAC. Brody has received his last treatment and now has to have check-ups under general anaesthetic every four to six weeks to monitor the tumour. 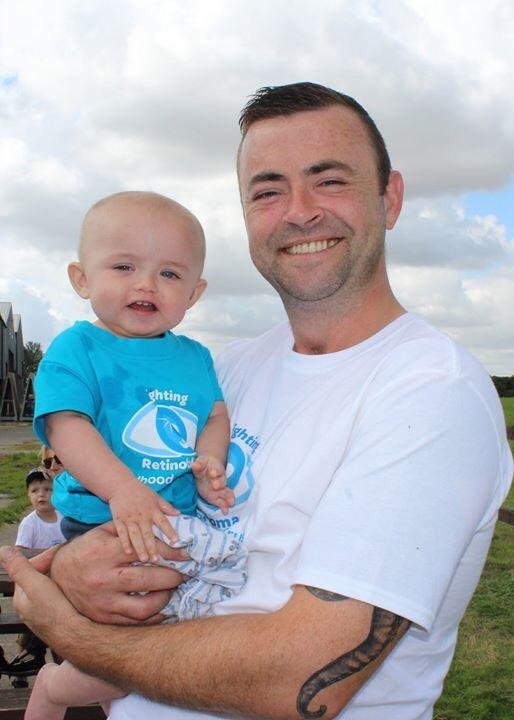 When your child has a diagnosis of retinoblastoma, information comes at you very fast, and making decisions can be very difficult. I would say to other parents not to panic: there are many successful treatments available. Not everything you see and read about as possible risks or side effects is going to happen. Brody was fairly poorly at times, but this is not a common side effect. We’re not yet entirely sure what the final effect has been on Brody’s sight, but already it has improved: he can now pick up things that he couldn’t before.

Brody has been wonderful throughout this whole ordeal. Even when he had an infection and was going through chemo he was always his usual smiley happy self. Cancer is terrible, but in a way, I feel that our situation is a lucky one. The fact that it was spotted as early as it was, I feel thankful for. We almost missed our urgent GP appointment, but after our GP heard about the symptoms we had told the receptionist, he was adamant that we be seen regardless. I’m forever grateful to him for that.

You can read tips from Stacey and other parents whose children have had IAC in our new leaflet, in the Treatment section of the Resources page.