‘Our miracle baby has arrived’ 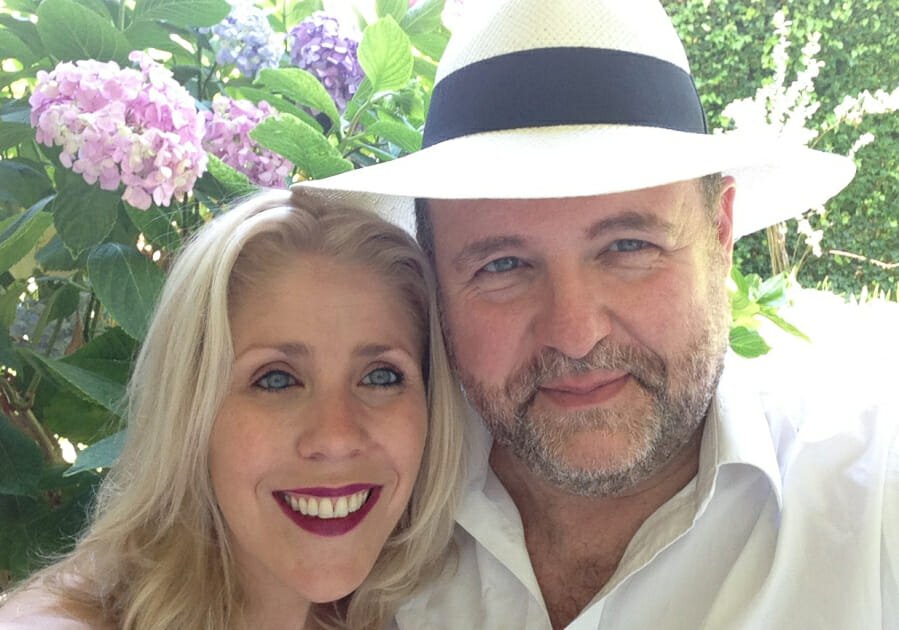 Rachael Tuley no longer entertained the idea of having a family, until the love of her life appeared and changed everything. Rachael, who survived bilateral retinoblastoma as a child, tells her story…

I was diagnosed with retinoblastoma at nine weeks old, in 1976, with no prior history of the disease in the family. I was my mother’s first child, and so she assumed that the constant howling owed to the fact that I was simply a whingey baby.

My grandmother spotted that my right eye appeared milky and glazed. I was referred to hospital and my eye was removed immediately. Further investigation revealed that I had bilateral retinoblastoma: the eye that was removed carried one tumour, while my left eye carried three.

I was treated at St Bartholomew’s Hospital in London and, miraculously, they managed to save the left eye by targeting the tumours with radioactive plaques. Had the tumours been left undetected for any longer, I would certainly have died. 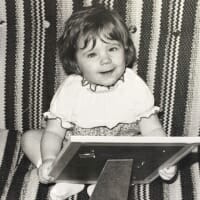 I started out life with some very poor artificial eyes, but by the time I went to school (with the potential for mockery and bullying horrors that this entailed), my parents, on a low income, decided to save and send me to have my eyes made privately. I have been with my specialist since I was three.

Childhood years were punctuated with the odd insult, but I’m grateful to my parents for teaching me to be resilient and proud, and the teasing never affected me.

Surprisingly, when I went to an all-girls’ secondary school, my peers were more interested in understanding why my eye looked slightly different (“Do you have a lazy eye?”) than insulting me. I was the class clown, sociable, and well liked, so it was a huge relief to be spared from the unpleasantries I had anticipated.

And so from school, I obtained a first-class honours degree in Hispanic studies at King’s College London. I then went on to study an M.Phil. in European literature and culture at the University of Cambridge, and received a distinction. Upon graduating, I became employed in the university’s senior administration and have been there (in various roles) ever since.

The years passed by and I busied myself with home-ownership, world travel and a healthy appetite for socialising. Rb didn’t feature in my life at all, apart from the inconvenience of bi-monthly visits to London for new eyes every four years or so.

And then the love of my life appeared, when I was 37 and a half. I no longer entertained the idea of having children when we met, although I was aware of pre-implantation diagnosis (PGD) and had this in the back of my mind if I ever did wish to start a family.

Fate took me to the lovely genetic consultant Dr Elisabeth Rosser, and I obtained a referral to the Centre for Reproductive and Genetic Health (CRGH) by the skin of my teeth: I met Elisabeth one month before my 38th birthday (and almost didn’t as I felt unwell that day and Elisabeth had been misinformed about our appointment, so had to travel back across London to see me).

If I had seen her beyond my birthday, I would not have been referred and our hopes of trying for a PGD (or even natural – given what we know now) conception would have been erased.

Blessed with NHS funding for up to three attempts, I started PGD IVF treatment in January 2015. Only three eggs were collected in the first round, as the surgeons couldn’t access my left ovary, and only one of those was Rb-free.

It didn’t develop to blastocyst stage by day five and implantation failed. I began my second attempt in March 2015. On Easter Monday, 11 eggs were collected – only one was healthy and Rb-free AND made it to blastocyst.

Our miracle baby decided to stick and I feel blessed, privileged and lucky to have been given the chance to bring a baby into the world.

Nevertheless, I have been lucky and I’m convinced that with determination, Rb need not define your existence, but indeed, enhance it. It made me even more driven to live a full life and pursue my dreams. 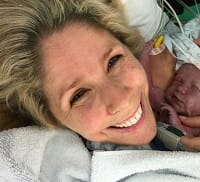 Rachael with her new daughter Chiara.

At 36 weeks, I was admitted to hospital with pre-eclampsia after a routine check revealed dangerously high blood pressure levels, protein in the urine and excessive swelling of my legs and feet.

A healthy and serene baby, cord blood confirmed that she was free of the retinoblastoma gene (not that we ever doubted the expertise of the CRGH).

The sun continues to shine on us: I recently discovered that our little star is CRGH’s first ever PGD embryo to be biopsied three times and result in a live birth. We therefore feel even more blessed to have her in our lives.

And so this chapter of my life comes to a close. We would like to express our heart-felt gratitude to all those involved in producing the gift that is our daughter, in particular to Dr Elisabeth Rosser, our clinical geneticist at GOSH, and to the following staff at CRGH: Paul Serhal (Medical Director); Alpesh Doshi (Director of Embryology); Ozkan Ozturk (Deputy Medical Director); Jara Ben Nagi (PGD Consultant); Vidya Seshadri (PGD Consultant); Karen Doye (Lead PGD Nurse); Elena Stantcheva (Sonographer). 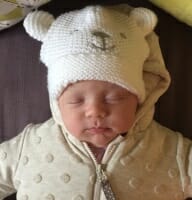 Rachael’s story first appeared in the winter 2015 edition of InFocus when she was pregnant and we are delighted to hear that the new addition to the family has arrived safely.

If you would like to share your story on our blog or in our newsletter, we’d love to hear from you. Please email Natasha Boydell at natasha.boydell@chect.org.uk.