The Ocularist: How the journey began 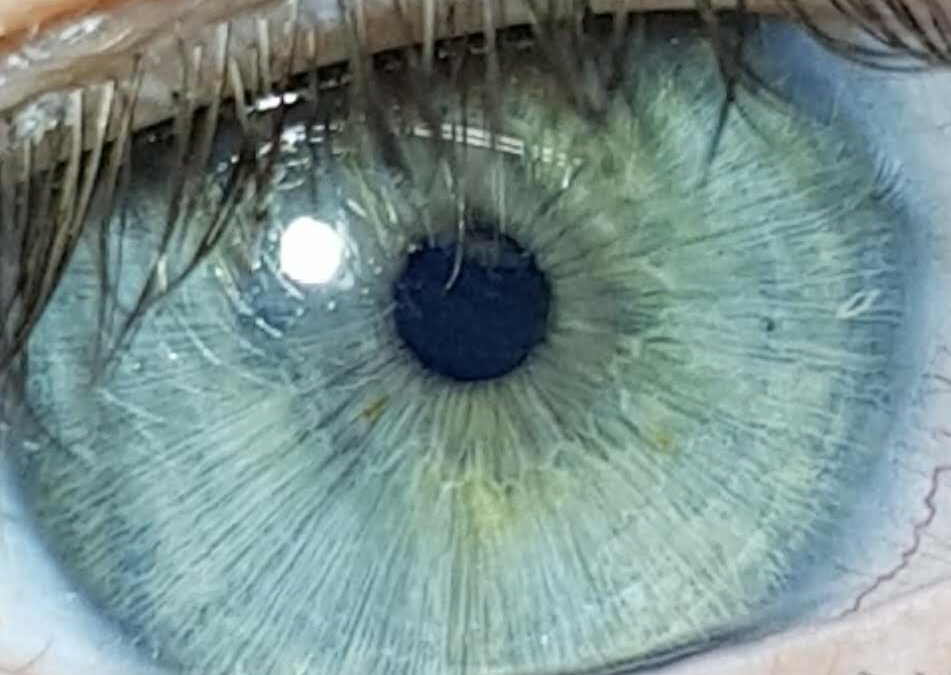 Ocularist John Pacey-Lowrie talks us through his 45-year experience working with prosthetic eyes in this blog series, starting right from the beginning of his journey.

An unusual profession, a demanding profession and above all a caring profession…45 years as an Ocularist this is how it all began for me!! Born in 1953 in Edinburgh, Scotland to Mary and Jack I was the second addition to the family and it was clear from the beginning that I was “different” with an underdeveloped right eye,  believe me “different” was a kind way of saying “odd” in those days when political correctness had yet to be thought of!!

As time marched on it became clear that my “wee” eye was not going to get any bigger and eventually I was diagnosed with unilateral microphthalmia with full thickness coloboma and only minimal light perception…or as the Doctor put it in 1960 “ Aye he’s blind on the right side, nothing to do about it and he can have a normal life other than drive a bus ,tank or join the police“  …end of consultation. To a large degree of course he was right and I did and still live a normal life for someone who is partially sighted, adapt and continue I guess, but not without all the name calling at school and the ban on playing most contact sports and occasionally crashing into things on the blindside but all of that made me more determined to succeed, hard work but then that’s what real life is made of, right?

Primary school was the toughest, kids can and are cruel about each other but it made me tough enough to face high school,  that chapter however is best forgotten as I was a non- starter in secondary school, not interested, didn’t  understand most lessons and as for technical subjects, disaster!! I remember we had to make a “real fire” companion set in metal work, a three week exercise that involved three bits of steel and four rivets…three months and 36 rivets later and with many a “thick ear” from the teacher I produced a very wonky coal shovel…who would have thought I would go on to be a creator of hand- made, hand painted Ocular Prosthese!!!

I left school with NO qualifications two weeks before my sixteenth birthday with not a hope in the world, my father tried very hard to encourage me to try several training courses in plumbing, building but that was not for “Jonny 36 rivets”. Then my mother decided to drag me along to her dentist as an escort in case she needed “gas”….those were the days!  So, I dutifully tagged along. Cutting a long story short the dentist had a vacancy for an Apprentice Dental Mechanic and having always stated I wanted a job that helped people it seemed like a good start, the very next day I started training.

After five long years and a lot of studying and many a telling off in the early days I qualified as a Dental Technician with honours, wish I could have gone back and stuck that one to the school teaches that gave up on me!!
After a while Dental Technology bored me and I decided to look for something more challenging, as a senior Orthodontic technician at that time I saw an advertisement in the Birmingham Evening News for a trainee…wait for it !! “EYE FITTER” …can you just imagine what went through my mind  eye fitter, so did that involve spanners and grease guns?? What a title to give a job and the poor recipients had to announce to employers,  family and friends they were going to see the eye fitter, unbelievable. Well, I got the job and not a spanner or grease gun to be seen thank the lord, instead the chance to learn how to give a person back some self esteem and dignity by fitting an eye for them, the satisfaction and challenge remains in my blood even now that I have retired and in a later blog I will try to recall some funny,  sad and moving true stories.

Becoming a seasoned Senior Eye Fitter soon to be renamed Orbital Prosthetist (no space suit required!) I decided that it was simply not enough to be the prosthesis designer and supplier but it must be the ultimate role to be the person who designs, manufactures , paints and supplies the device, as luck would have it that very position came up at Moorfields Eye Hospital London and after the worst interview in history I somehow got the job!!!

The experience gained at MEH was indeed priceless, treating adults, children and having the chance to work with great surgical colleagues is something I will always be grateful for and cherish. After 18 years at MEH it was time to move on and I worked in the private sector in London as well as heading the Ocular Prosthetics Unit at the Queens Medical Centre, Nottingham.  I was extremely fortunate to work with first class surgeons and an amazing team at the QMC.  Again, some stories to tell later!

Nothing lasts forever and my time at the QMC came to a sad end after I needed open heart surgery, but I bounced back and with the help and commitment of my lovely wife and business partner ”John Pacey-Lowrie Ltd.” was born and for fifteen years we continued to treat patients from as far afield as Australia, the craft continues in my name but my paintbrush has found its final resting place and I am blessed to have had the chance to meet and help hundreds of people along this journey.