‘She just bounces back every time’ 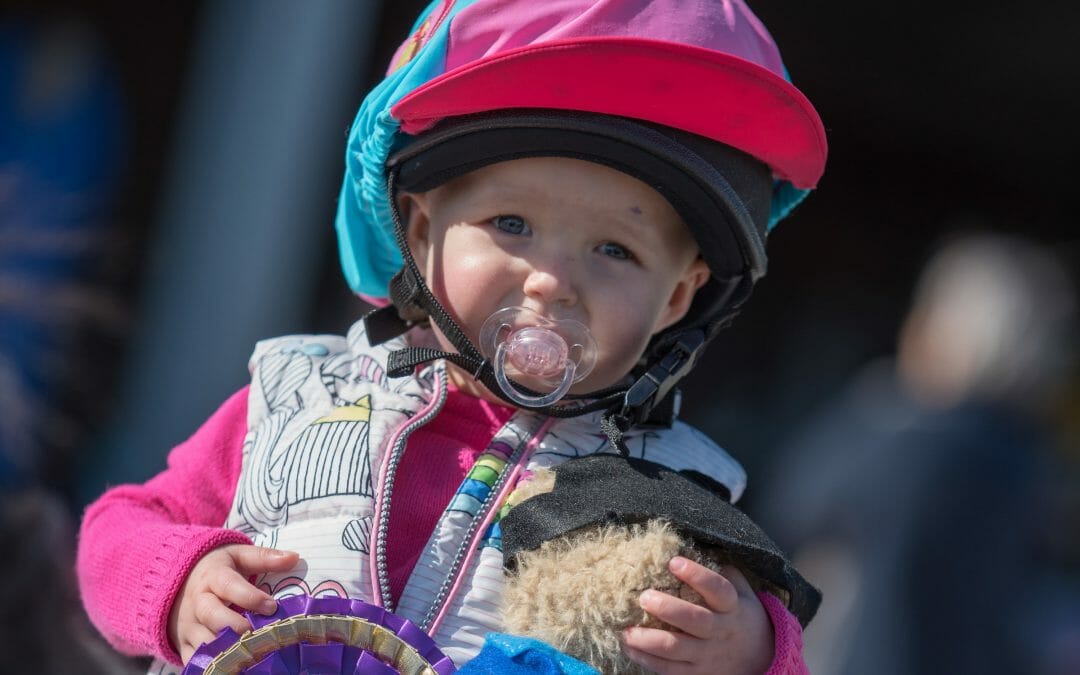 She’s only 16 months old but horse lover Felicity Bone is already fearless when it comes to her four legged friends.

“When she goes for a ride she refuses to get off,” her proud mum Charlotte Salisbury says. “She just loves horses – I imagine it’s in her blood.”

Despite only being a year old, Felicity has already had to go through so much in her life so far, but she gets back in the saddle every time.

The little girl, from Lancaster, was nine months old when she was diagnosed with retinoblastoma in both her eyes. It was a huge shock to her family, who had absolutely no idea that anything was wrong.

Charlotte says: “It all started when I noticed a white reflection in Felicity’s left eye in certain lights. At the time I never thought anything of it at all. A few months later my friend saw it and told me to take her to the GP so I did.”

Felicity was referred to a local eye department and then on to Birmingham Children’s Hospital. Tests showed that she had bilateral retinoblastoma and needed urgent treatment. She quickly began the first of six rounds of chemotherapy.

Charlotte says: “As a mum I had no idea at the time what retinoblastoma was, she showed no signs of illness. She was a happy, normal baby.”

Felicity has been responding well to treatment and has just finished the last round of chemotherapy. Charlotte says: “She is doing great, she just bounces back every time. Her character is so strong and she knows exactly what she wants.

“Her favourite thing is her little sheep Ewan, he goes absolutely everywhere with her and she can’t sleep without him. He’s been to every single hospital trip.”

Of course Felicity’s other true love is horses and that’s what inspired the family to organise a sponsored ride in Lancaster in aid of Birmingham Children’s Hospital, with a raffle raising funds for the Childhood Eye Cancer Trust.

Family, friends and the local horse community got together to ride, walk or cycle the route, with Felicity taking the lead as the star of the show. Charlotte says: “It was a wonderful day, with a good turnout and the sun shone for us. We have raised just under £1,000.”

Having never heard of retinoblastoma before, Charlotte was also keen to make other parents aware of this rare cancer and its symptoms.

She wrote a post on Facebook urging people to take their child to the doctors if they noticed the white glow or anything else unusual about their eyes.

The post went viral, being shared over 65,000 times. Charlotte has since heard from a parent who said that her daughter was diagnosed a result of the post.

A huge thanks to Charlotte, Felicity and all the family for helping us to raise vital awareness of retinoblastoma and funds to support families affected.