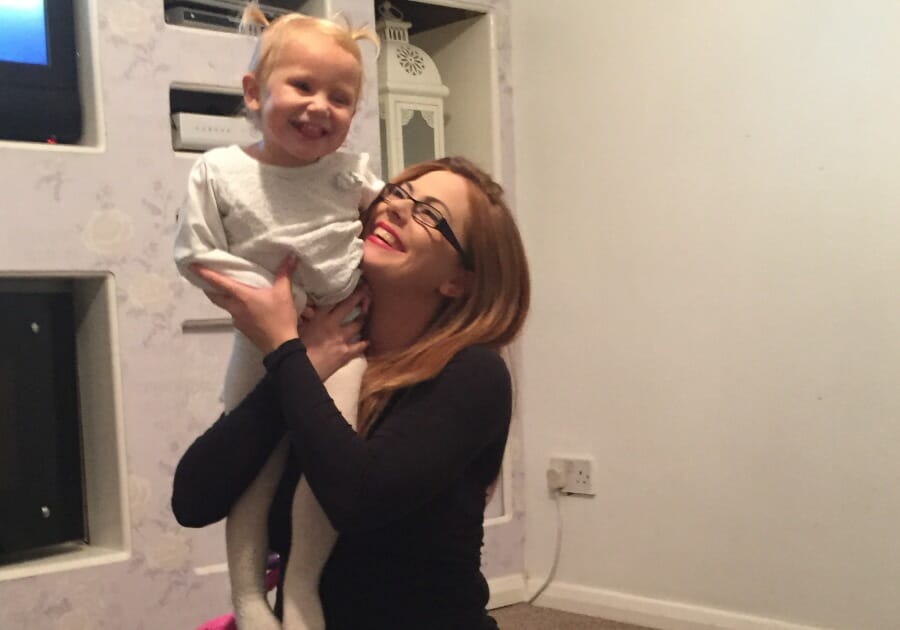 One in five babies and children in the UK with an aggressive type of eye cancer have to wait more than six months to be diagnosed, according to new figures.

The Childhood Eye Cancer Trust (CHECT) found that 21% of children diagnosed with retinoblastoma in 2015 had a delay of at least six months from their first visit to a GP or other health professional to being seen at a specialist centre – double the four year average.

The average waiting time in 2015 was nine weeks, compared to six weeks in 2014 and seven weeks in 2013. NICE guidelines are that children should be seen by a specialist within two weeks as an urgent referral.

Retinoblastoma (Rb) is a rare and fast growing eye cancer that affects babies and children under the age of six. Around one child a week is diagnosed in the UK and, while more than 90% of children will survive, early diagnosis is essential to save a child’s sight, eyes and life.

CHECT released the figures today to mark Rare Disease Day, which aims to raise awareness about rare diseases and their impact on patients’ lives.

‘I thought I was going mad’

Stephanie Beasley first noticed there was something wrong with her daughter Ezmai’s eye when she was nine months old but she wasn’t diagnosed with Rb until she was two. Just a week later she had her left eye removed to stop the cancer spreading.

Stephanie, 25, from Tamworth, says: “Ezmai had a lazy eye and we spoke to a health visitor and then took her to the pre-school vision team but they told me to come back in six months. I kept taking her but they couldn’t find anything wrong.

“My instincts told me there was something wrong with Ezmai but I felt no one believed me and that I was going mad. We eventually got referred to Birmingham Children’s Hospital and it was there that we were told Ezmai had a tumour in her eye. We’ve since learned that she was probably blind in one eye for a year but as she was so young, we didn’t realise.”

Ezmai had the lifesaving surgery to remove her eye in October last year and fortunately the cancer hadn’t spread. She now wears an artificial eye and is adapting well to it.

Stephanie says: “Ezmai has to go under general anaesthetic every two months so that the doctors can check her eyes and we visit the artificial eye clinic every three months. She’s bounced back amazingly and coped so well with everything that has been thrown at her. We are so proud of her and we are now fundraising for CHECT to help raise awareness of Rb.”

Symptoms of retinoblastoma include a white reflection or glow in a child’s pupil – which is often seen in photographs where a flash has been used – and a squint. The main symptoms children who were diagnosed with Rb had, based on figures gathered between 2012 and 2015, were: 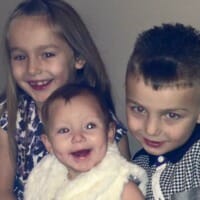 The white glow in Ezmai’s eye

Stephanie says: “We looked back at an old photo of Ezmai at Chrismas in 2014 and we can see a white glow in her eye but at the time we had absolutely no idea this could mean she had cancer. I want all parents to be aware of Rb and its symptoms. Get them checked out if you have any concerns and if you feel something’s wrong, don’t give up.”

Patrick Tonks, Chief Executive of CHECT, says: “The latest figures show that more needs to be done to make people aware of Rb and the devastating effect that it can have. We believe everyone should know that children can get cancer in their eyes and what the signs are, and we work hard to raise awareness among health professionals and the public.

“Rb is rare and typically only affects around 40-50 children a year, so there is no need for parents to panic, but if you notice anything unusual about your child’s eyes, we would advise you to get them checked out urgently just to be safe. Ask a GP or local optician to do a ‘red reflex’ test and refer you to a specialist if necessary.

“Although this cancer has a high survival rate, many children live with the consequences of a delayed diagnosis – which can include loss of one or both eyes.”