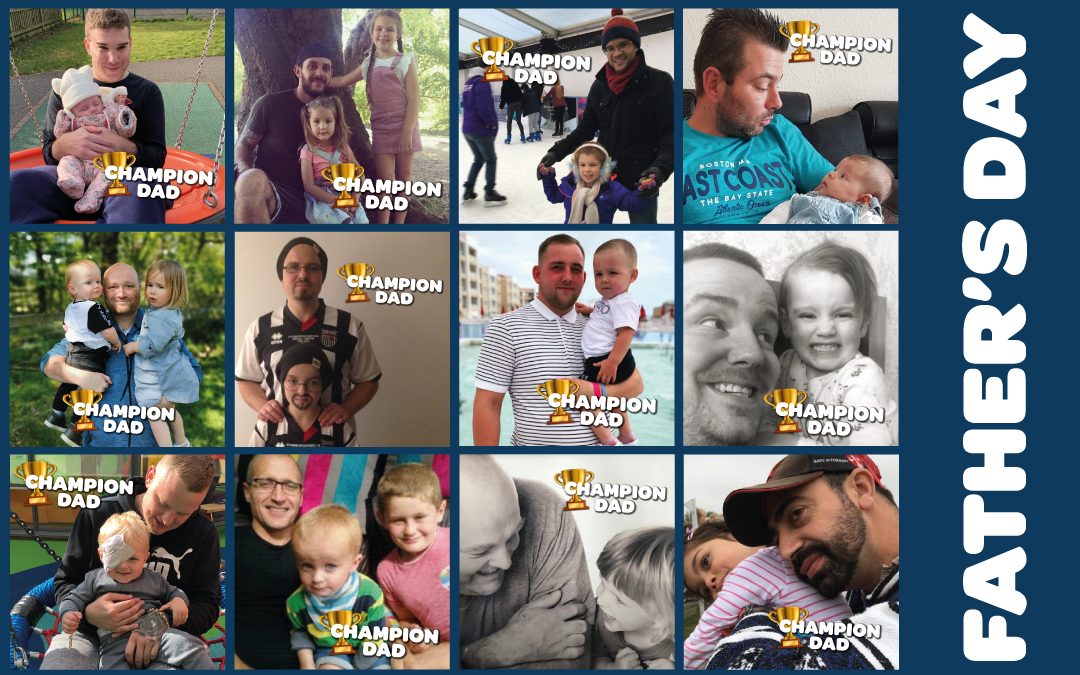 We often feature our wonderful CHECT mums in our stories, and we feel it’s important to recognise those amazing dads out there who go above and beyond to support their families as well.

For Father’s Day, we asked children (maybe with a bit of help) to nominate their dads for an honorary CHECT Champion Award. Congratulations to the awesome dads below who were nominated, each of you will receive a special CHECT Champion certificate!

Retinoblastoma affects around 50 children a year in the UK. Knowing family members that have been affected by this is a rollercoaster of emotional events. My dad being one of these people.

Living with this rare form of eye cancer is hard, taking trips to hospitals every so often. My dad has inspired me to be confident and the best version of myself, and I honestly couldn’t thank him enough. I am here today because of him. Our family is not the only family that has been badly affected by cancer. There are many others out there. I was once asked to dress up as my hero for school, I chose my dad. 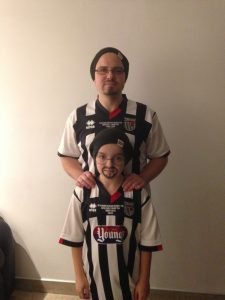 We’d like to nominate our super daddy Tom Browell for an award. He is always taking us outside teaching us about birds and nature. We have been spending lots of time in the garden planting flowers and watching them grow. He is amazing! 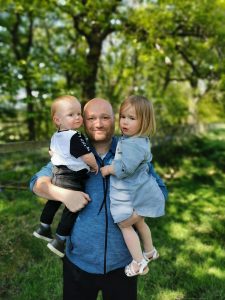 Nominated by Ayana (age 8) and mum Oana
Hello, my name is Ayana, i am 8 years old and i would like to nominate my daddy because he is my hero. I love him very much because he always takes care of me, he makes me feel safe and he always tells me how strong and brave i am. I can always count on him to help me out and when he has days off he takes us to nice places.  In the picture it’s me with him and my little sister Amaya. 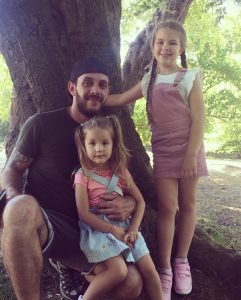 And I would Like to nominate my daddy Daniel Colledge for a CHECT Champion Award because when my mummy takes me to the hospital for my appointments, my daddy is making sure everything is still running at home he making sure my brother and sister get to school on time and everything is sorted in the house.  My daddy also gives me lots of cuddles and we love to sing together, our favourite is singing to the proclaimers. We also like taking selfies – I make a lot of funny faces! My daddy makes me laugh a lot he can be very silly at times, but that’s why I love him.

Nominated by Rosie Davison
I want to nominate my Daddy because he works hard and he is happy and kind. I like to go on walks with him and he does animations with me. 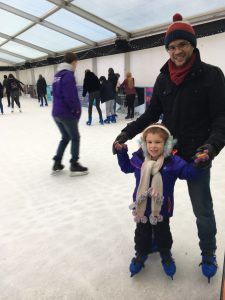 Katherina would like to nominate her daddy! He is her hero because : 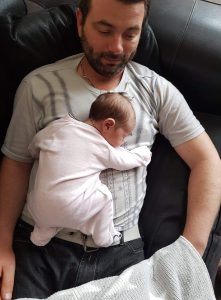 He always make silly faces to make me smile… 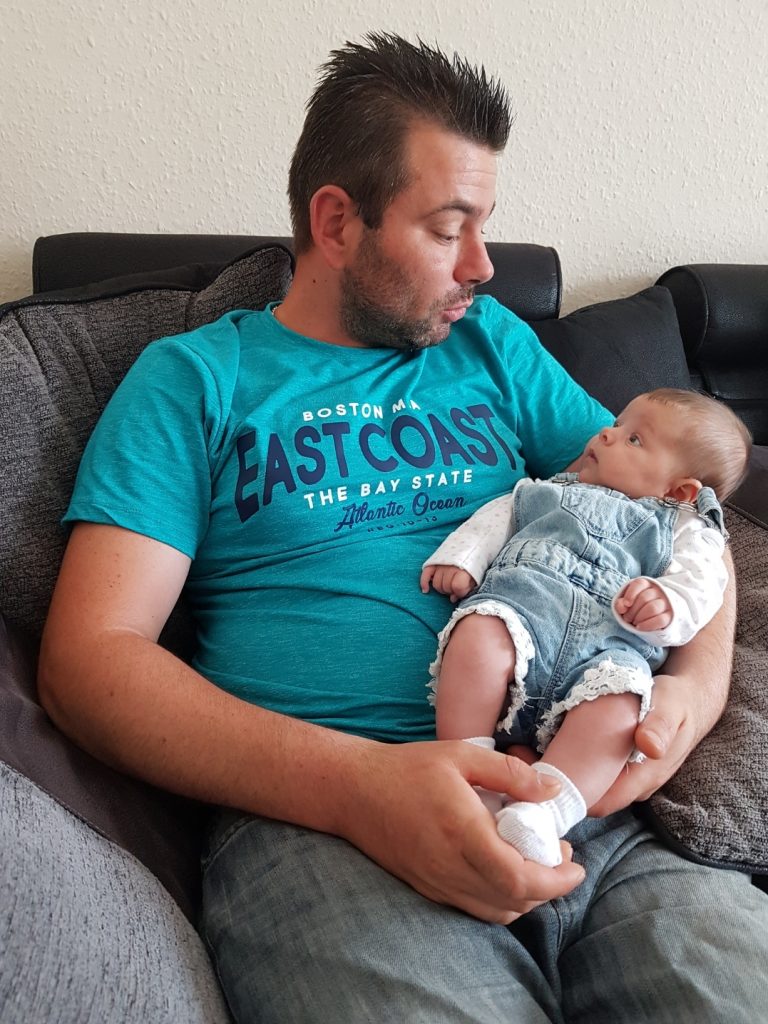 …and sometimes he succeeds! 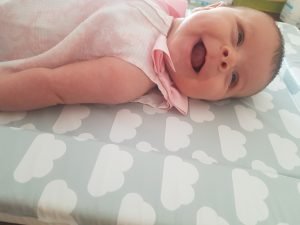 Because he is the best princess castle builder in the world! 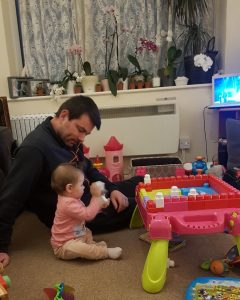 Because he will always give me a helping hand! 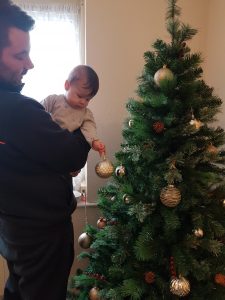 Because he always smile, even if he wants to cry. 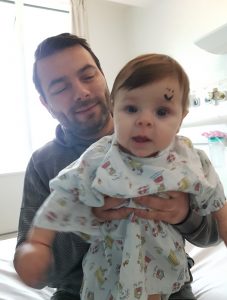 Because he is always next to mummy, when times are hard. 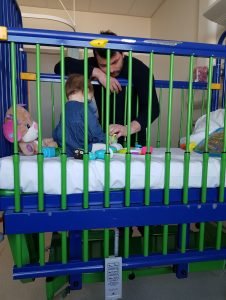 Because I am Daddy’s girl! 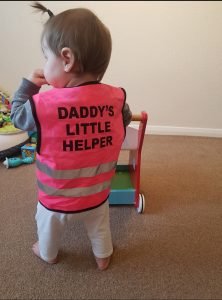 Nominated by Oscar and Sebastian (age 1) and mum Nicole
Here is our photo collage of daddy. We love daddy because he makes everything we want like my treehouse and tries to do everything so my electronic helicopter is broken and he tries to fix it – l think I’m trying to say he’s amazing!!!! He’s the best daddy. X

Also nominated by family friend Hayley
I would like to nominate James Dzendrowski. His son Seb was diagnosed with retinoblastoma the day before his first birthday last November. I am sure that his family have nominated him already, we just wanted to do it too. He has been a rock and the whole family are an inspiration. He has had to watch his baby go through treatment and never complained, just got on with it. Seb and Oscar are lucky to have him. 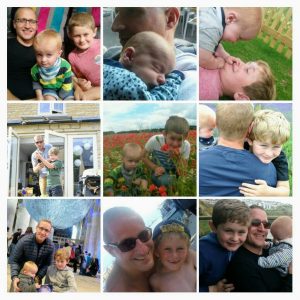 Youssef is the kindest, most caring, loving person I have ever meet. He would do anything for anyone and is always the first person to volunteer for any task. He would not like me to be saying this as he likes his “tough nut” persona too much, but he is a pussycat at heart!

Therefore, when his Daughter was diagnosed with retinoblastoma at six months old, he took it very badly – but he would never let on, he was a rock for me. He never said anything negative, it was always a positive result. He made me laugh all the time and held me when I cried. He was always there for all of Rose’s treatment even if it meant driving ten miles to the hospital on his lunch break to see her and bring me a treat!

He has driven thousands of miles to Central London over the years and sometimes has done the same trip back again in one day just so I didn’t have to, he never sleeps or eats the day before her checkups and can’t until he gets the A-OK from the doctors – even now we are five years in.

My most poignant memory is he taking Rose to have her anaesthetic (normally my job) but Youssef wanted to give me a break as he knew how much it upsets me. Unfortunately, on this day it happened to also be the first time we had used her port to administer the medication and he was not expecting the reaction of her just collapsing on him! When he returned to the ward, he was grey! He had been holding in all this emotion in front of the Nurse’s all the way back, he shut the curtain and just broke down. The first time I had ever seen him cry this whole time! He just said, “I don’t want to do that ever again!”

I was very worried about having a second child, after a few years we decided to try again and were fully aware of the possible diagnosis. When Arthur was born, the tests were sent away, Youssef was so worried about it, even-though he never showed me at the time. I remember walking into the bedroom a few weeks later and he was in tears. He said he had just had a call from the hospital with Arthur’s results, I assumed the worst, but he shouted, “he’s OK”. I have never seen him so happy!

I think we (mum’s) sometimes forget about our men having feelings! They act so strong and always seem to take everything in their stride but, and I truly mean this, I would not have made it thought this journey without his love, support and encouragement. He is always there for me and the kids and always, without question goes the extra mile for whatever we need or want.

He gets the raw end of the deal as he works two jobs and spends very little time at home, so the Kids do not necessary give him as much love and time as he deserves. But he manages to find a way around it every time.

He and Rose have an extra special bond, I will often find them cuddled up on the sofa watching a new program he has researched and reviewed with extra due-diligence so he knows it is safe for her to watch – or finding ways of making her enjoy learning French! He watches over her with so much love and care, but he would never dream of wrapping her in cotton wool (unless it was about boys or makeup!) and only ever sees her retinoblastoma as a part of her that make her special and unique.

Youssef is a truly sensational person that deserves to be celebrated. 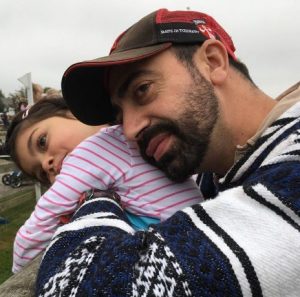 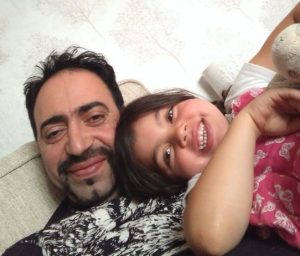 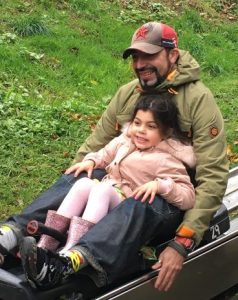 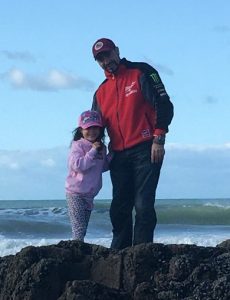 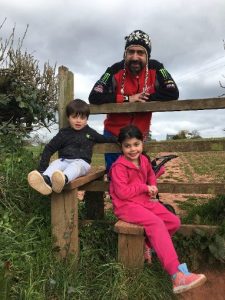 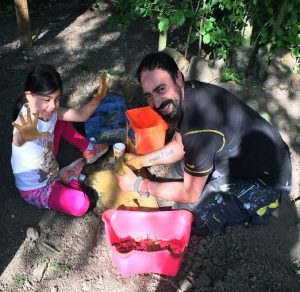 Ronnie and his mommy would like to nominate his daddy for being the best daddy in the world. Not only did his daddy go through every step of the way with Ronnie’s journey durning his treatment with retinoblastoma, Daddy never once left Ronnie’s side. He’s been the biggest support to mommy and goes above and beyond for me. He’s the most kind and caring daddy I could wish for and Daddy gave me the nickname ‘Munchie’ from cuddles.

Daddy also helped mommy to take care of my cousins Aj and Chloe (they were taken into our care four years ago and become part of our family), I see them as my brother and sister. Daddy has been the best daddy I could ever wish for and he certainly deserves to be nominated. We love him so much and would love for him to be shown some appreciation for how amazing he actually is. 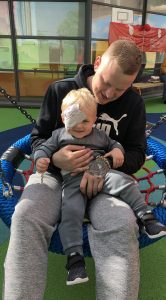 Hello I’m Harris Loft’s nanny and as Harris is only just turning two, I thought I would nominate Harris’ daddy. As young parents to Harris, Harry and Robyn had just brought this perfect beautiful baby boy into this world. At the age of six months we got the horrible news that Harris had retinoblastoma. As you can imagine we were all devastated. Me, as a nanny to Harris, am so proud how Harry and Robyn have coped with this, especially Harry as he is a very emotional person. He has been absolutely brilliant. I can honestly say that if Harris could write this himself, he would most defiantly want his daddy to be nominated.

They are the bestest of friends and do everything together, so I would like to nominate Harry loft on behalf of Harris loft. 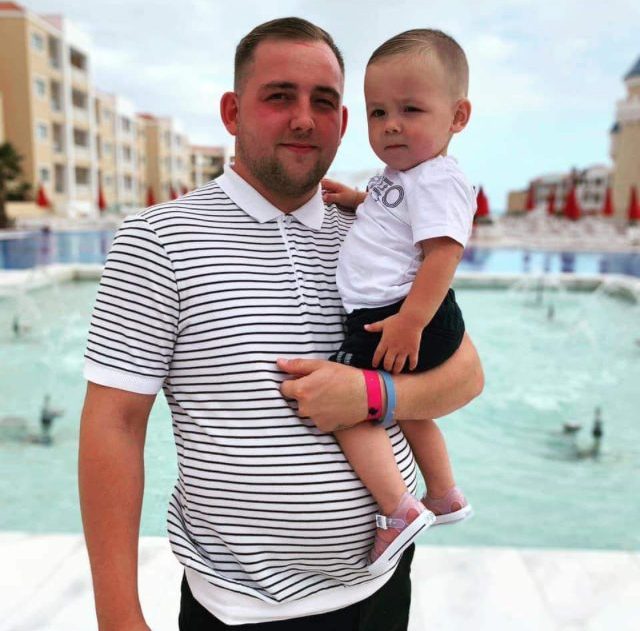 I love my dad so much, mum & dad always take me to all my appointments together but as I was only 6 months old being diagnosed, mums maternity leave was almost up so she had to go back to work. Dad looked after me through the day and took me to nursery when I was old enough. He stayed and helped! XX 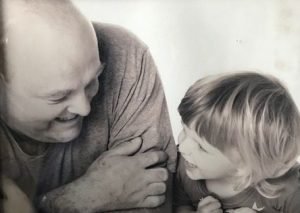 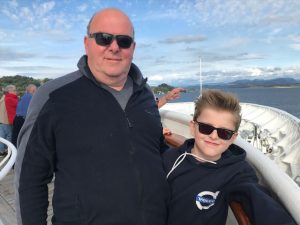 We would like to nominate our Dad Nathan Young. This is Nathan’s first Father’s Day and we haven’t had the easiest year with Isabelle being diagnosed, defeating then relapsing within six months! But throughout all of this Nathan has remained a brilliant dad, who is always more than happy to put a smile on Isabelle’s face! 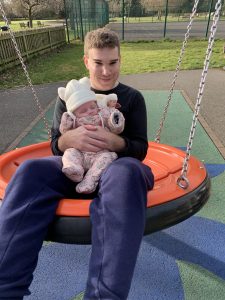