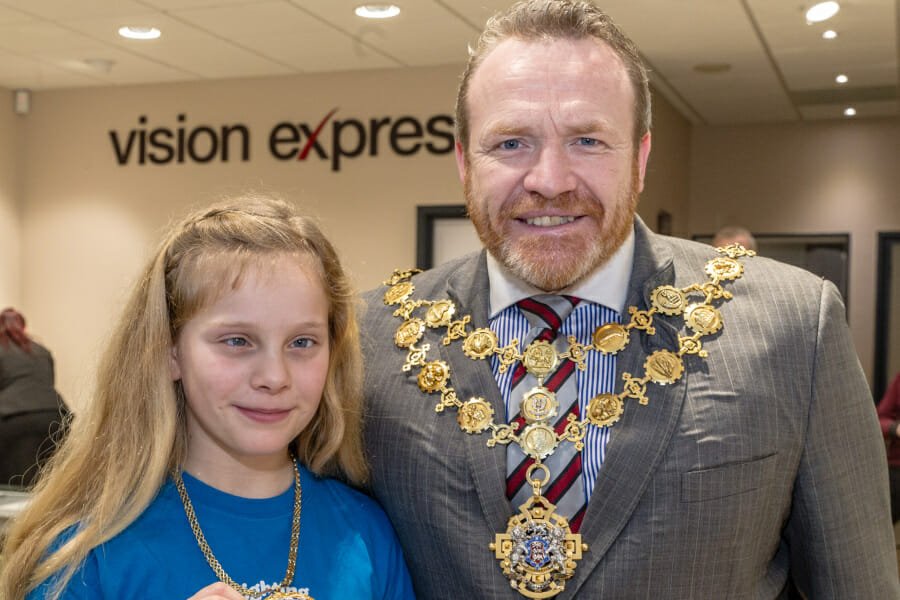 Esme, aged 10, was diagnosed with retinoblastoma just before her first birthday in 2007. Her grandfather had spotted the ‘cats eye’ effect in photographs of Esme and having read reports that it could be linked to cancer, he urged Esme’s mum Anabel to get it checked out. Thanks to early intervention and extensive treatment, including six months of chemotherapy, Esme’s eye was saved.

Esme and her mum Anabel, from Gloucester, joined the Vision Express team as ambassadors for the Childhood Eye Cancer Trust. They performed the official ribbon-cutting to reveal the store’s new facilities and equipment, alongside the Hereford Mayor who stopped by to take part in the celebrations.

Store manager, Terri Lewis said: “This is an exciting day for us as we officially re-open our Vision Express store in Hereford with the very best in eye health facilities, and our thanks go to Esme and her family, and the Mayor for their support.

“Stories such as Esme’s really show how important it is to be vigilant when it comes to vision, especially in children. Children are no longer offered mandatory eye tests at school, and we know that only one in five children have the free NHS eye test they’re entitled to, so it’s great to have Esme and Anabel visit to help show other families how crucial it is to take care of your vision.”

Anabel added: “Esme is a tremendously happy, bubbly, positive, clever girl who always makes the most out of every situation and she was thrilled to be invited to officially open the Hereford store.”

If you or your child would like to be a VIP ambassador for CHECT, please get in touch by emailing Natasha Boydell at natasha.boydell@chect.org.uk.