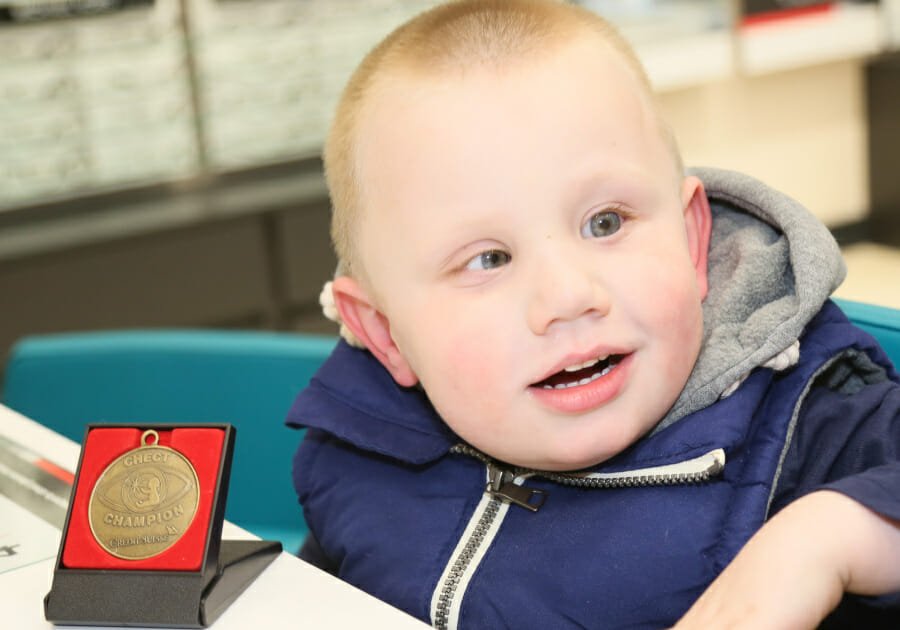 Four-year-old Kaydan Jacques has been given an award for his bravery after surviving childhood eye cancer.

During a presentation at Vision Express in Bradford, Kaydan was named a CHECT Champion after his proud dad Christopher nominated him.

Kaydan was diagnosed with retinoblastoma at six months old. He has just five per cent light perception in his right eye and is completely blind in the other.

Following chemotherapy at Birmingham Children’s Hospital he still has regular check-ups, but has been given the all-clear from the cancer. 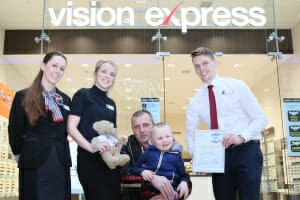 Kaydan at Vision Express in Bradford.

Christopher said: “Kaydan is my inspiration and my world. It broke us when we were told that he was blind and had cancer, but in the months while he was having chemotherapy, watching him smile and laugh just made the normal worries in life so unimportant.

“Now he just gets on with life like any other kid, and to watch him you would never know that he was blind.”

At a special ceremony Kaydan, who also has autism, was presented with a framed certificate, medal and teddy bear by the team at the Vision Express store in the Broadway Centre.

Vicki Stone, Store Manager, said: “The bravery of Kaydan and children like him serves as an inspiration to others who may be affected by such issues.

“It’s a pleasure and privilege to be able to give that bravery some formal recognition, as well as acknowledging the valuable work CHECT does.”

Do you know a child who deserves a medal for the way they’ve coped during their – or their siblings’ – retinoblastoma treatment? Our CHECT Champion Awards are just the ticket. Download a nomination form now.