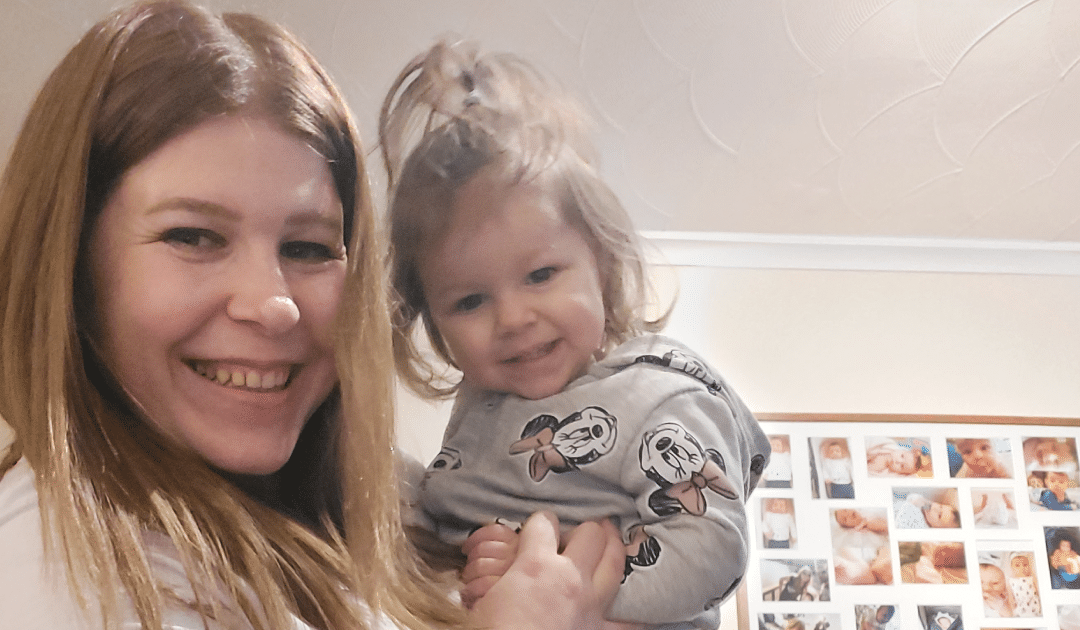 A mother’s intuition proved correct after GPs assured her that her baby daughter was healthy. Thankfully an auntie spotted an unusual ‘white dot’ in the baby’s eye which led to a swift eye cancer diagnosis.

Mum Rada Hristova, from Kent, had been worried about Katherina since she was three months old, as she would not stop crying and seemed to be in constant pain. GPs assured the mother that her behaviour was likely due to wind or that she was simply “a sensitive baby”.

Unconvinced, Rada knew deep down that there was something not right with her little girl and persisted with trying to find out the cause of Katherina’s discomfort.

Rada said: “I felt like the worst mum in the world because I couldn’t settle my baby and no one could tell me why.”

Rada said: “She rushed into the room and was crying and shaking. She said she’d seen a ‘white dot’ in Katherina’s eye and had heard previously that this could be a sign of something serious. We both Googled it and the scary diagnosis of eye cancer came up.”

“Although neither of us could see the white dot again, I then noticed that Katerina’s eye looked dull in comparison to the other one which was bright and shiny.”

Rada and her partner Lyudmil took Katherina to A&E. Having examined her eyes, doctors urgently referred the family to Maidstone Hospital Eye Clinic.

It was there that the parents received the devastating news that Katherina was found to have had a large tumour in her eye – so large that she was already blind in that eye.

Their fears were confirmed – their daughter had retinoblastoma, a rare eye cancer that typically affects babies and young children. The family were immediately referred to the Royal London Hospital specialist retinoblastoma centre.

“Even though it made sense, I still couldn’t believe that my daughter had cancer. When you picture a child with cancer, the child looks ill. However, aside from all the crying, Katherina otherwise looked like a healthy child.”

Katherina’s left eye was removed a few days later to stop the cancer from spreading.

“The staff at the Royal London Hospital were absolutely amazing and they talked though everything with us, reassuring us that everything was going to be fine.”

“I was scared to see her after the operation – I was still in shock about what she would look like. But the moment they took off the bandages and revealed the temporary artificial eye they had in place of her eye, my mum reassured me that my little girl was still ‘perfect’.

“I kissed Katherina on the forehead and told her that ‘when she wakes up, she will be more perfect’.”

In what was a huge relief to the family, after her operation, Katherina’s pain immediately stopped. 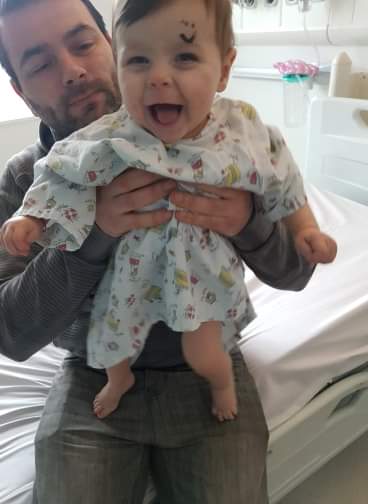 Katherina the day before her enucleation (eye removal). 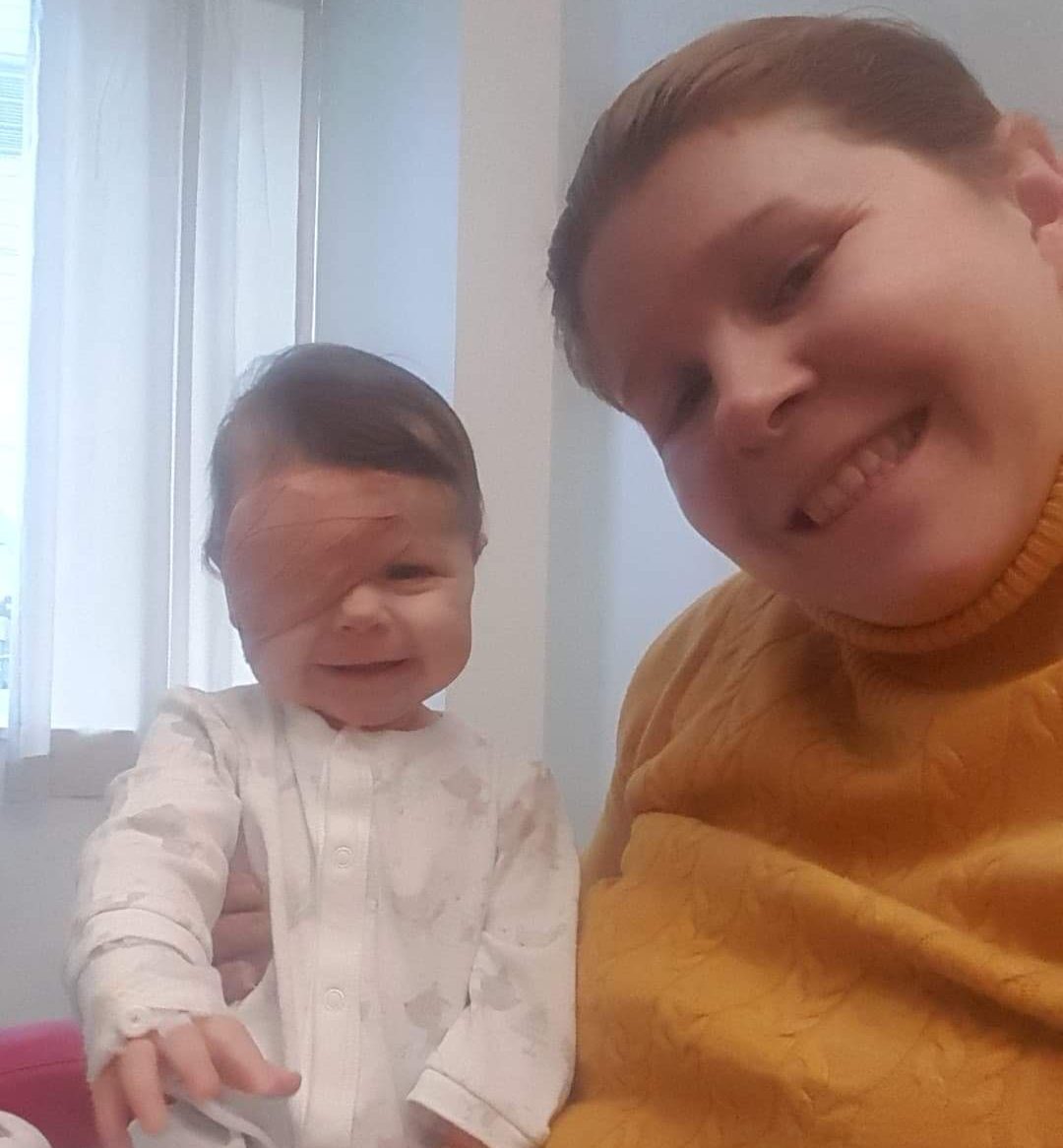 Katherina and mum Rada after the operation.

“It was like something had changed my little girl. She suddenly stopped crying, started smiling and would sleep like a normal child. You could see that she was finally happy.”

Another blow came to the family when smaller tumours developed in Katherina’s remaining eye. Thankfully these could be treated with cryotherapy (freezing).

The now happy and energetic Katherina has since been fitted with a proper artificial eye, designed to perfectly match her other, and is currently attending regular check-ups at the hospital. The family are also looking forward to celebrating her second birthday in the summer.

Rada added: “I’m forever grateful to my sister-in-law for spotting Katherina’s tumour. Dessie – thank you for saving my daughter’s life. Had the cancer been left any longer, it may have been a different story.” 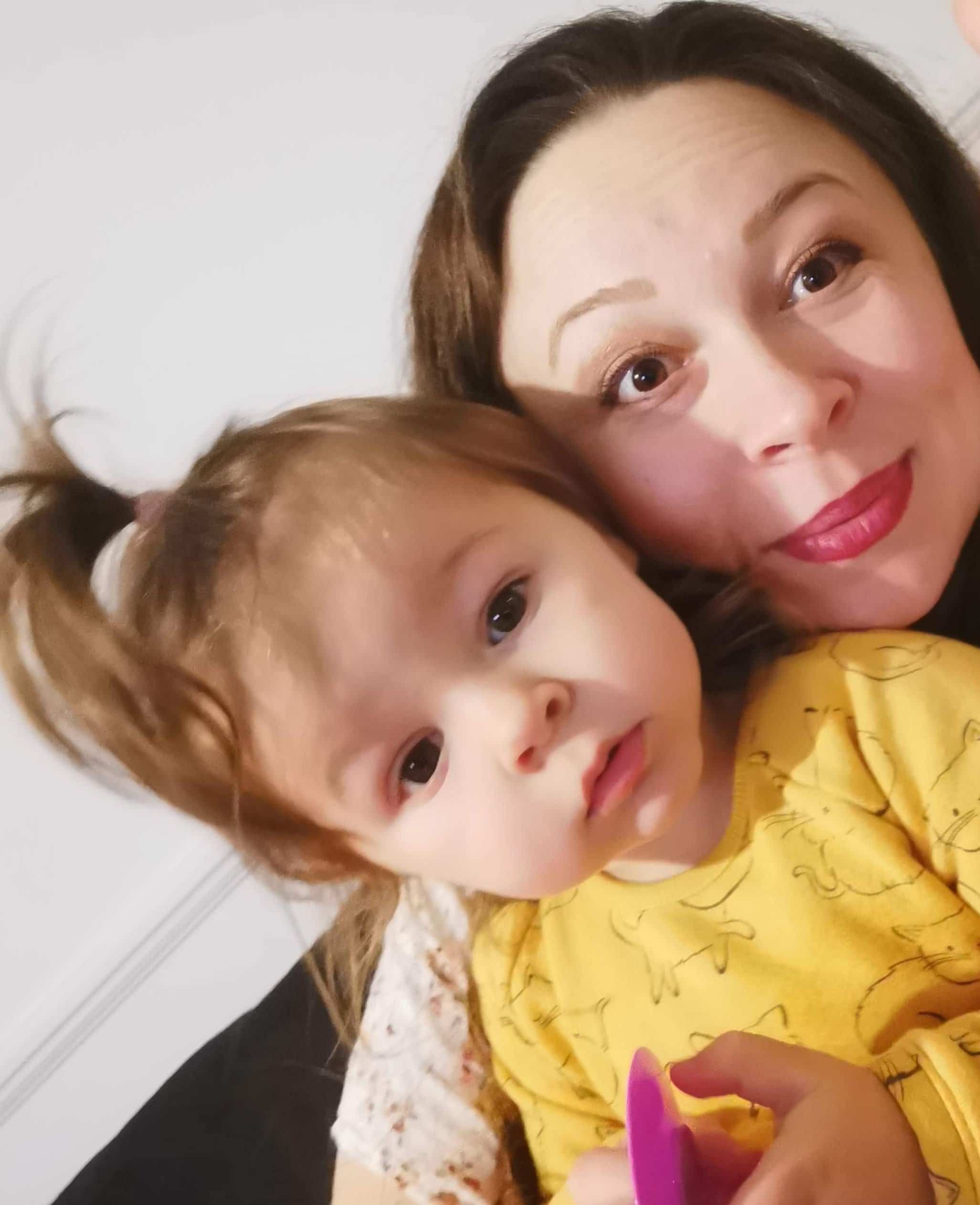 Katherina with her Aunt Dessie.

To mark World Retinoblastoma Awareness Week running 9th-15th May, the Childhood Eye Cancer Trust is urging parents to be aware of the most common symptoms of eye cancer – a white glow in the eye and a squint – as well as to seek an alternative opinion from a health care professional if they are not satisfied.

“Retinoblastoma is rare, with around one child being diagnosed in the UK each week. Symptoms can often be quite subtle, and children can often seem physically well which can make it very hard to diagnose. However if you do notice any of the signs in your child’s eyes, they must be examined urgently in person by your GP or another healthcare professional.

“We know GP services have been under huger pressure this year, but we urge parents to trust their intuition and seek additional help from another healthcare professional if they are not satisfied.

“Avoiding delay with a retinoblastoma diagnosis can help save their child’s sight, eyes and even life.”

For more information on the signs, symptoms and treatment of retinoblastoma, please visit our signs and symptoms page. 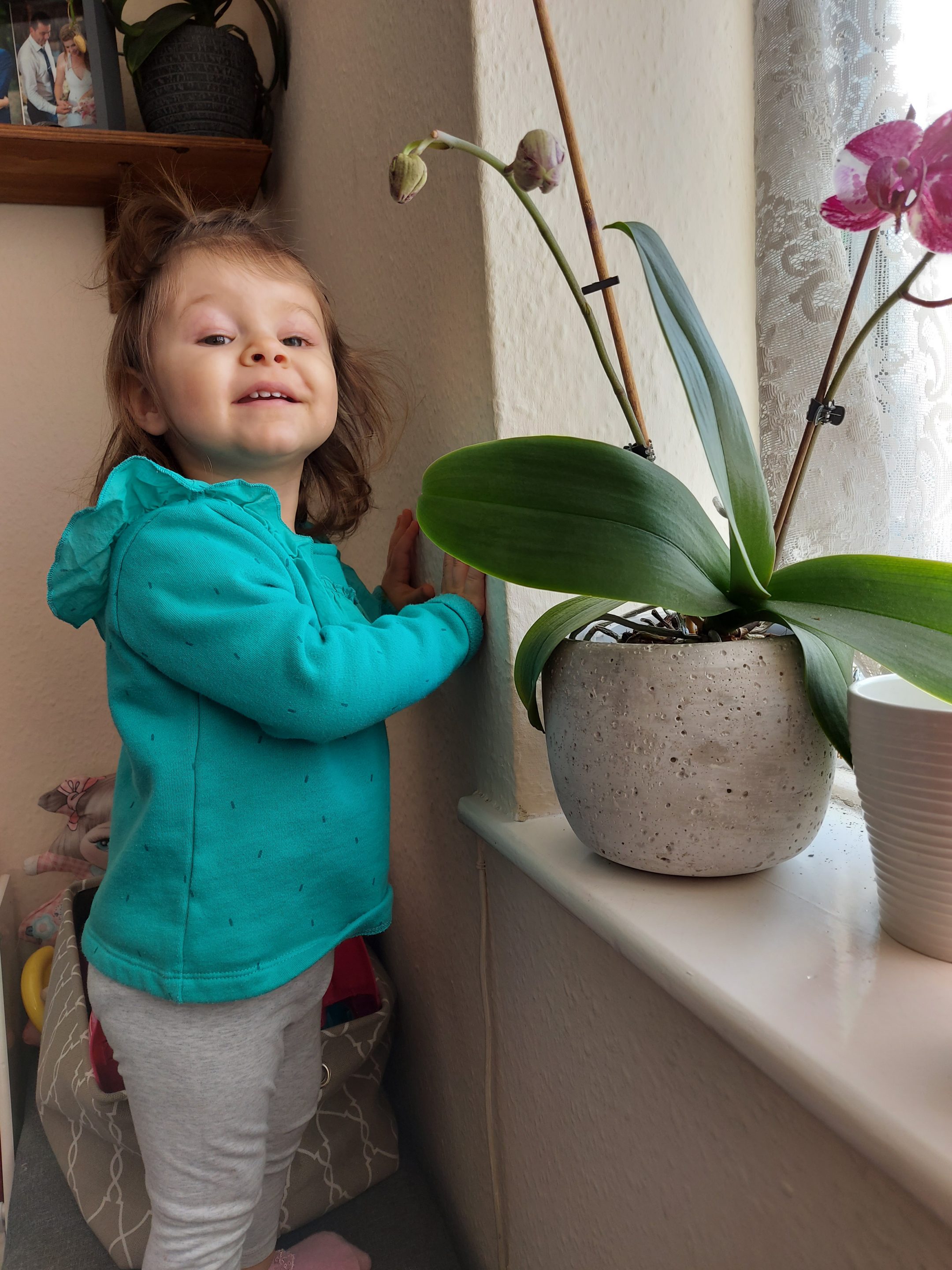 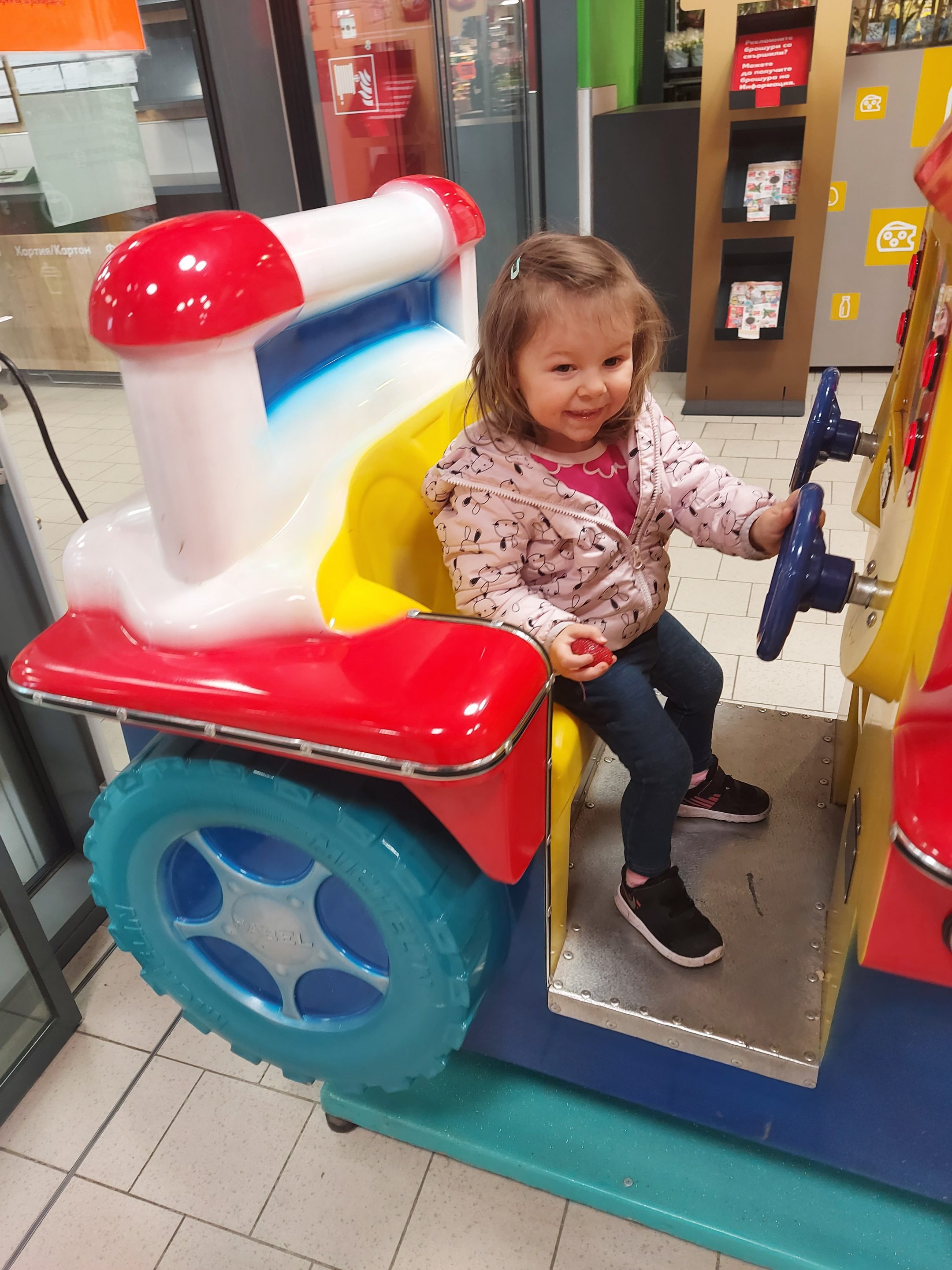 *‘Pathways to Diagnosis’ Data was gathered by the Childhood Eye Cancer Trust from parents of children diagnosed with retinoblastoma in the UK in 2020. In total, 43 children were diagnosed. Data was collected from 29 children and a further 4 children were diagnosed as a result of genetic screening. It was not possible to collect data for the remaining 10 children. Overall, CHECT has gathered figures from the parents of 297 UK children diagnosed with Rb between 2012 and 2020.