Alice Taylor had been going blind in one eye for months without anyone realising. She was diagnosed with retinoblastoma in May 2017, when she was two years old.

It was during a game of pirates, when the toddler put an eye patch on over her right eye, that her mum Emily Taylor realised she could no longer see.

Today, to mark World Sight Day 2018, Alice has become the face of a new awareness campaign by the Childhood Eye Cancer Trust to educate parents about the symptoms of Rb. Emily, from Poole in Dorset, said: “Alice was a happy, healthy little girl who showed no signs of being ill and we had no idea that anything was wrong.”

Six months previously, Emily had taken Alice to the GP because her nursery teacher had noticed that she had a slight squint. He had advised her to see an optician, who told her to go back to the GP. She eventually got a referral to the eye department at a local hospital.
Emily says: “The appointment took a few months but we didn’t think there was anything urgent to worry about. When we finally went we were told that she had a squint in her left eye and might need to wear a corrective patch. We were referred again to another consultant.” 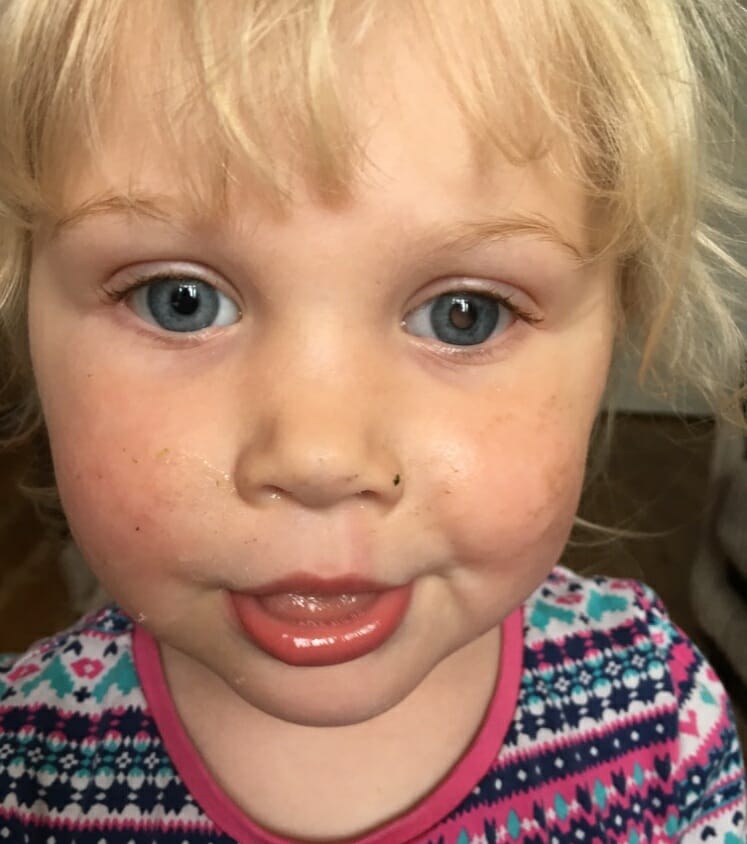 But during this time, other family members had started to comment on Alice’s squint. At the same time, Emily noticed that in certain lighting Alice’s eye looked almost see through. She googled the symptoms and information about retinoblastoma came up.

Emily said: “I decided to do some tests at home, covering up each eye to see what happened. We played a pirate game, putting a patch over her ‘good eye’ and it became clear that she couldn’t see. At that point I panicked and called the hospital to ask if we could be seen sooner.”

After another visit to the GP, who this time made an urgent referral, the family were seen at Bournemouth Hospital, where the consultant referred Alice to the Royal London Hospital, one of two specialist centres for retinoblastoma in the UK. Within days the diagnosis was confirmed.

Emily says: “They told us that we could remove Alice’s eye straightaway or try chemotherapy, and there was a 50/50 chance of saving it. Mike, my husband, wanted to remove her eye because he didn’t want to put her through chemo but I immediately wanted to try to save it. Anything to give her normality as she grew up and went through her teenage years.”

Alice had six rounds of chemotherapy plus a further two rounds of intra-arterial chemotherapy, where drugs are delivered directly to the eye. She also had cryotherapy and laser therapy. However, Alice eventually had surgery to remove her eye in June 2018.

Emily says: “The doctors told us that it was best for Alice to remove her eye. At that point we’d had enough too, it wasn’t fair to put her through any more. Enucleation was the worst case scenario for me but you get to the point when you just want the nightmare to end. When it happened it was actually very peaceful.

“Every time Alice had been in hospital I had felt sick and hadn’t been able to eat. The first time I ate anything was when she was having her operation. I realised that I was actually relieved.”

Alice, who will turn four later this month, quickly recovered from her operation and has adapted brilliantly to life with one eye. She now wears an artificial eye which she is very proud of and likes to tell people all about her ‘special eye’.

Emily says: “Alice has been incredible. She has really taken to her special eye and it doesn’t faze her. I thought it would be really noticeable but it’s not at all, the artificial eye is amazing. Alice still has to have check-ups every three to four months but she can finally get on with her life and enjoy being a typical cheeky, fun-loving little girl.”

Children just like Alice are the inspiration behind a new campaign by the Childhood Eye Cancer Trust (CHECT) featuring fictional characters Alice and her ‘Uninvisible Friend’ Dot. The campaign aims to educate parents about the disease and its symptoms. View the campaign website at www.uninvisiblefriend.com.