“A photo saved my daughter’s life” 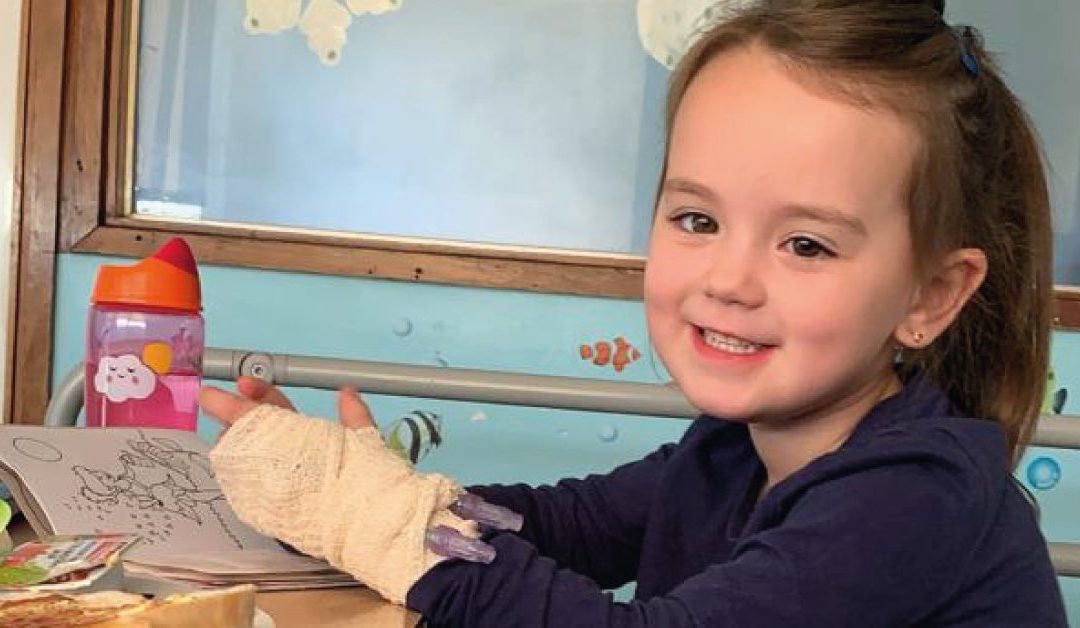 Mum Victoria captured Nancy’s tumour in a flash photo on her phone.

A four-year-old was diagnosed with the rare eye cancer retinoblastoma after her mum saw her tumour ‘glowing’ in a flash photo.

It was a family member who first noticed that Nancy Smith’s eye would sometimes look towards her nose and then suddenly appear fine again.

Then mum Victoria Hogg, from Essex, noticed it too as she was brushing Nancy’s hair getting her ready for bed one evening.

Victoria said: “She turned around and I saw it, I was so shocked – my niece was right. I took a photo and then something immediately triggered in my head that I needed to take another with the flash on. Once I did, I saw this massive glare over her pupil. I instantly thought ‘she’s got cancer’.”

“In a panic, I covered her normal eye and grabbed some random objects and asked her to say what they were. She said, ‘Mummy I can’t see it.’”

Victoria immediately took Nancy, still in her pyjamas, to A&E and explained to the receptionist what she had seen. There was a two hour wait, but Victoria’s gut instinct knew that time was of the essence.

Victoria said: “I couldn’t wait, I knocked on the nurse’s door, apologised and said, ‘Can you help me, I think my daughter has cancer’. I’ll never forget the look on her face.”

After showing the nurse the photo, Nancy was seen in ten minutes. After more checks by doctors, they agreed that Victoria’s intuition was likely correct. Nancy needed to be seen urgently by specialists to confirm a diagnosis. 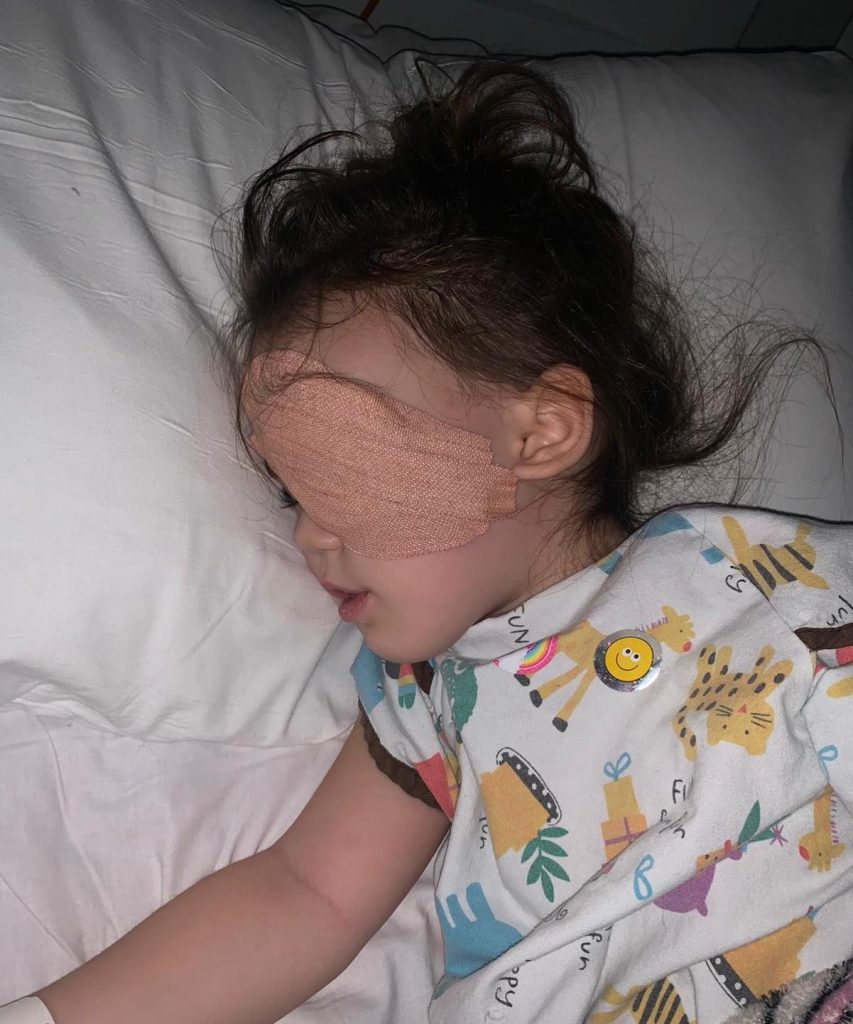 Nancy recovering after her eye was enucleated (removed)

The family were sent to Southend Hospital before being urgently referred to a specialist retinoblastoma centre at The Royal London Hospital. There they confirmed that Nancy had the rare childhood eye cancer retinoblastoma, which affects around one child in the UK per week mainly under the age of six.

Victoria said: “My stomach sunk. I wished to be wrong, but in my head, I just knew that it was cancer. I had never heard of retinoblastoma, but there was a distant memory from something I’d seen or read that I needed to take that flash photo and look for that white glow in her eye. I’m so glad I did.”

After a further examination under general anaesthetic, hospital staff sat down with the family and explained that Nancy’s tumour, although luckily in just one eye, was very large. Together they discussed the options and decided that the best course of action would be to have the affected eye removed as chemotherapy wouldn’t return her sight she had lost in her poorly eye.

Victoria said: “It was an awful decision to make, but it was an easy one too. We didn’t want our little girl to go through the ordeal of chemotherapy to try and save her eye when she could potentially end up having it removed at a later stage anyway.”

Nancy’s diagnosis came as a blow to the family shortly after it was announced that Victoria’s sister was given the positive news that she was in remission from cancer.

Victoria added: “We had the whole family over for Christmas and we created a huge grotto for the children to enjoy. We’d already beaten cancer once as a family, we knew we could do it again.

“The hospital lent us one of their teddies which has an artificial eye you could take in and out. We explained how the clever doctors would take the poorly eye away and give her a special new one.” 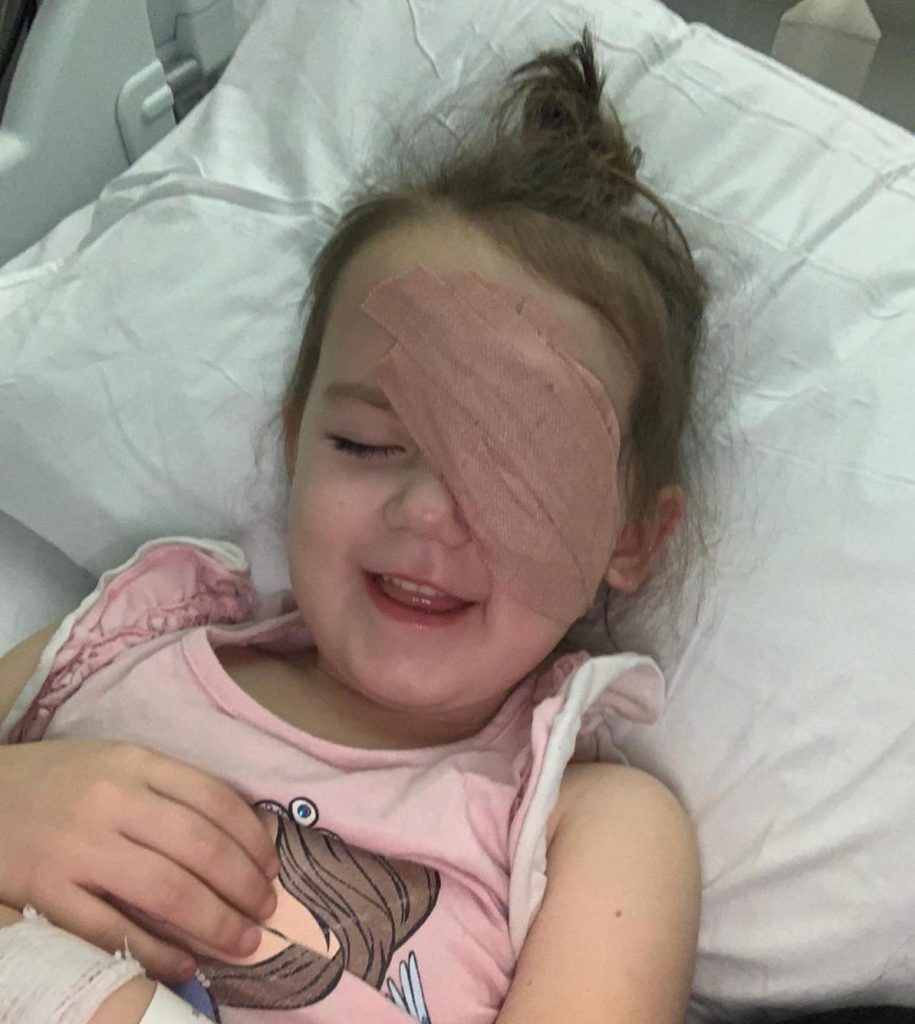 Nancy’s eye was removed the day after Boxing Day.

Victoria added: “She never complained once and she wasn’t scared at all. Once they put her under the anaesthetic, I walked out absolutely sobbing – I think that’s when the reality hit us.”

The operation was a total success and the whole tumour was completely removed with the eye. Nancy made a brilliant recovery and within two weeks she was back at school and even horse riding again. She had a temporary eye fitted but has recently received her first properly fitted artificial eye from Moorfield’s Eye Hospital.

Victoria said: “She was so excited to get her new eye. It took my breath away how happy she was when she walked out of that hospital. I had got my Nancy back – her smile was so overwhelming. I didn’t realise how much of her smile and confidence she had lost – and now they were back.

“Parents don’t think of their child’s eyes – until they take them to the opticians for an eye test. If it wasn’t for my niece mentioning what she has briefly seen, Nancy would probably still have cancer. Having taken that quick photo on my phone and being able to show doctors exactly what I had seen has likely saved her life. 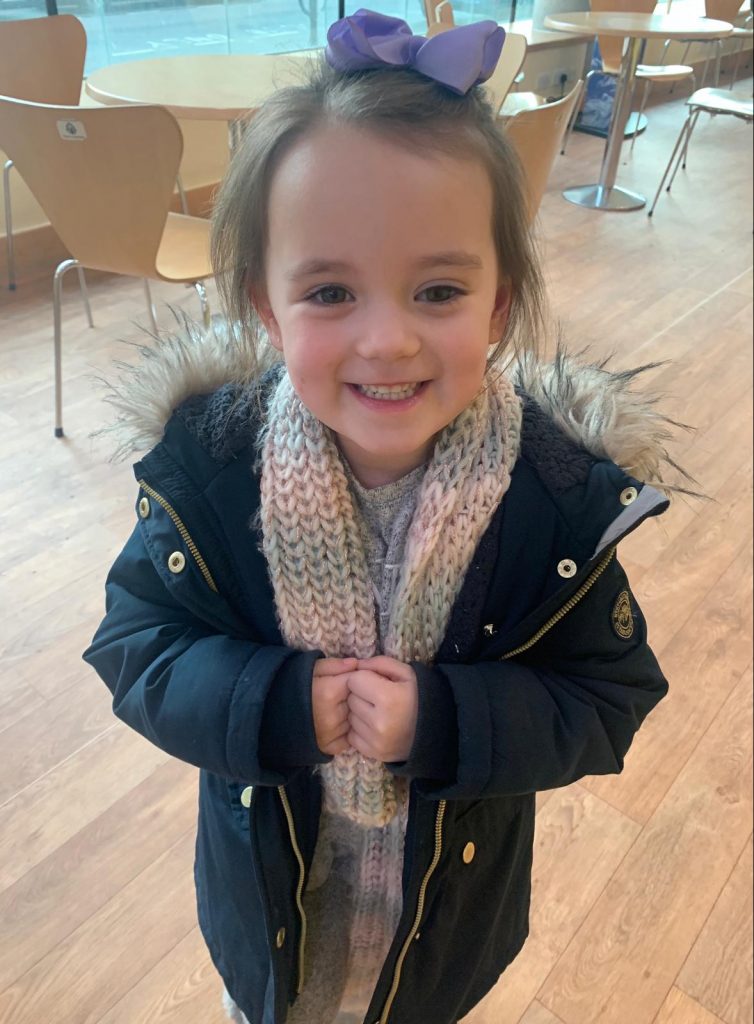 “People need to be more aware of the signs – a white glow in the eye, not being able to see properly with one eye covered and any sign of a squint. People think they’re wasting doctor’s time, but they’re not. Just go because it may turn out to be something serious.”

“Retinoblastoma is rare, and symptoms can often be quite subtle, and children often seem well in themselves which can make it hard to diagnose. Thanks to Victoria’s quick thinking and recognition of the signs, Nancy was able to be diagnosed and treated immediately.

“September is Childhood Eye Cancer Awareness Month, and we’re raising awareness of retinoblastoma symptoms – the most common being a white glow in the eye in certain light and a squint. An early diagnosis can help save a child’s sight, eyes and life.”