A Tribute to John Hungerford 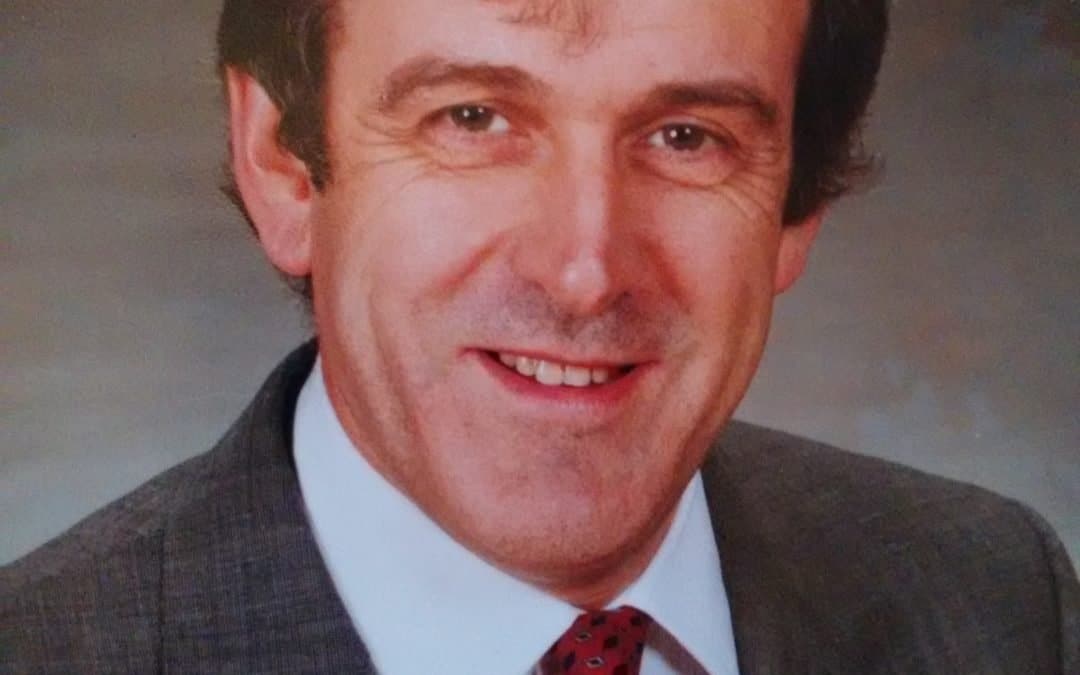 We are extremely sad to inform our members of the passing of Consultant Ophthalmologist John Hungerford, who not only helped many people who had retinoblastoma (Rb) and actively assisted with fundraising as the trust established itself, but was also key in the development of new approaches in the treatment of Rb.

Libby Halford, a former CEO of CHECT wrote: “Almost forty years ago when CHECT (formerly The Retinoblastoma Society) was a fledgling support group, John Hungerford not only gave his time and expertise on the clinical side of things, but helped to organise the use of a small office within Barts (where the London service was provided) and gave us access to the wards – an extraordinary privilege. He then supported Jenny, our first National Coordinator/Support Worker.  As the charity grew in size and the scope of its work widened, John took a step back but was always there if we had a tricky question about Rb.

“As CEO I was able to attend some international conferences and it was interesting to be able to move about anonymously and catch snippets of conversation about John, to hear the respect and admiration for his skill so widely shared and to listen to his lectures, getting a real sense of his commitment to understanding this terrible cancer.  I recall taking my own daughter to a new prosthetist when she was about 10.  She looked into my daughter’s socket and said “Ah! She must have been a John Hungerford patient – I can always spot his work – so neat and tidy.”  John was also at the forefront of pioneering treatments.  Today we try to avoid radiotherapy but his work on lens-sparing radiotherapy 35 years ago was a huge step forward in the management of Rb and its side effects.

“The knowledge that John Hungerford was in there, fighting for your child, was immense.  As a parent and as a CEO I have many memories of this extraordinary man and I am pleased to have known him, in so many ways”.

John Hungerford’s work was also celebrated in the 2012 25th Anniversary edition of our InFocus magazine, where the late Dr Judith Kingston, another pioneer in the world of retinoblastoma,  reflected on the work she did alongside John and radiotherapist, Dr Nick Plowman.

She said  ”In 1984, Mr Hungerford (ophthalmologist), Dr Plowman (radiotherapist) and I as paediatric oncologist, all newly appointed consultants with enthusiasm to change things, set up a close working relationship with the aim of improving the outcome of children with retinoblastoma.”

Dr. Kingston also told us, “Our achievements together during the 20-year collaboration were substantial and included the development of a lens sparing radiotherapy technique, the introduction of chemotherapy as adjuvant (additional) therapy for children with adverse histology, the introduction of chemotherapy as primary treatment for intra-ocular disease to avoid the use of radiotherapy in babies and very young children and the use of orbital implants to improve cosmetic outcomes.”

Dr Plowman remembers John’s pioneering work on radioactive plaques. “John and I were appointed to Barts around the same time, and over the 25 years we worked together he became a very good friend, and was always an extremely good opinion. One of his main contributions to the development of retinoblastoma treatments was his work with radioactive plaques as a first line basis for treatment. His work in this area went on to influence globally the use of radioactive plaques for eye tumours.”

John Hungerford was also a passionate advocate for ensuring the voice of the families affected by Rb was heard and valued by the hospital teams; as such he was a strong supporter of CHECT not least in its role as the representative voice of the patients.

Laura Crawford, who had retinoblastoma, said, “After my diagnosis in 1980, I was initially treated by another consultant before I came under the care of the lovely Mr Hungerford.  I must admit my memories of him are scattered (I was so young) but I do remember his voice (booming and strong) and he had a very confident and calm presence and inspired nothing but respect from my Mum (who adored him), me and I distinctly saw this from his colleagues too. I always hoped he would be there when I had my annual checkups. The last time I saw him was when I was a young adult; he wasn’t in clinic so often then but he was this particular day. He stopped by to offer assistance and strong guidance to another doctor who upset me quite a lot as I was having trouble with my usual eye exam due to the bright lights, and the doctor was frustrated. Mr Hungerford then stepped in and I was so thankful. He had a chat with me about my life plans and things like driving, and when my time was up gave me a beaming smile and a pat on the shoulder. I never saw him again after that. I always hoped I’d perhaps bump into him at Moorfields! I was saddened by the news of his passing, and I send my sincere condolences and best wishes to his family. He was a wonderful man. And a silly thing – every time I travel over, or near, the Hungerford Bridge in London, I think of him (when I was little I thought it had been named after him, I think my Mum thought it should have been!).”

Yvonne Hungerford, John’s widow, said: ” Throughout his working life John was totally dedicated to his patients. Through his experience and research he worked not only to save life and sight but to improve the quality of life of those who suffered from retinoblastoma. A committed family man himself, he was always mindful of the stress suffered by families but also how much they can contribute to the future of their loved ones. He regarded the work of the trust as a key contribution to this. My daughter and I are putting together a book, not of condolences, but of memories of John, little vignettes from those who met him.”

If you wish to contribute to the book, please email info@chect.org.uk.

A memorial service for John’s professional life and legacy will be announced shortly – so do keep an eye out on our social media pages for further details on this, or email us if you’d like to be notified via email.

We wish to pass on our deep condolences to John’s family, friends, colleagues and all who encountered him; it is most certain that John has left a legacy which helped to shape the future of retinoblastoma treatment, and changed the lives of many patients and families of those with Rb.