When Ernie was diagnosed with cancer just before his first birthday, it was his parents’ worst nightmare. But positivity saw them through their retinoblastoma journey and now they can look forward to their future, as mum Keri Holt explains…

So, Ernie’s story started at 11 months old on his first trip to McDonalds. I went to change his nappy and as he was looking up at the light I noticed the pupil of his right eye looked white.

Feeling that something wasn’t right I tried to look again but obviously couldn’t get him to keep his head still. Putting it to the back of my mind we carried on with the day and once we were home I sat him down and took some pictures with the flash on.

I wouldn’t have known to do this but only a few months previously I had seen a post on Facebook of a local girl sharing her story of her daughter’s retinoblastoma diagnosis, and for some reason it had stuck in my mind.

My heart sank when I saw the pictures, each one showed his pupil was a milky colour, not the usual glow but definitely white rather than black or red.

I decided to phone 111 and get him seen straight away, so I took him that night and they confirmed there was no red reflex. We were referred to Preston, then Manchester and finally Birmingham Children’s Hospital all within the week.

It was devastating to be told he had retinoblastoma, it’s literally your worst nightmare, we couldn’t eat or sleep, the fear of what was going to happen and how he would look and cope.

Within nine days of spotting the signs he’d had his operation to remove his eye and we were taking him home. We needn’t have worried so much though, as strange as it sounds. Ernie was his usual self the whole way through, he’s still cuter than ever and it didn’t seem to affect him in anyway.

Five weeks later we got the amazing news that he didn’t need chemo, and that it wasn’t genetic. We were so happy that he was healthy and cancer free. The nightmare was over. 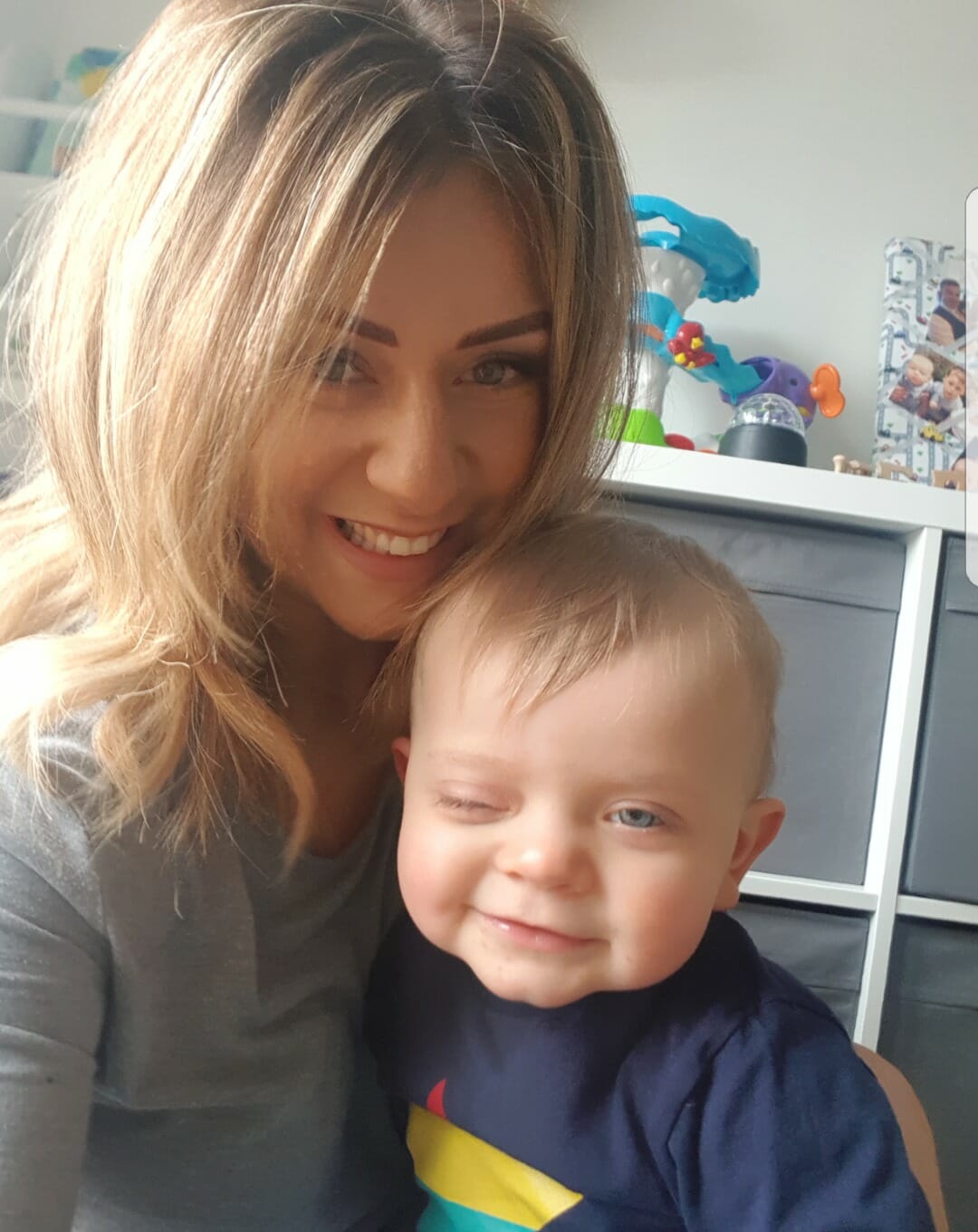 Yes, I look at him sometimes and think why him? Why us, why my baby? But not often. We got through it as a family. He’s so happy and clever and such a monkey, I was determined it wasn’t going to define him.

If his eye spins round I stick my finger in and spin it back. That’s just life now. I now look at it as just his little quirk. We all have them!

If you’ve been affected by retinoblastoma or you’re worried about it, we are here to help. Visit our support page to find out more or email support@chect.org.uk.